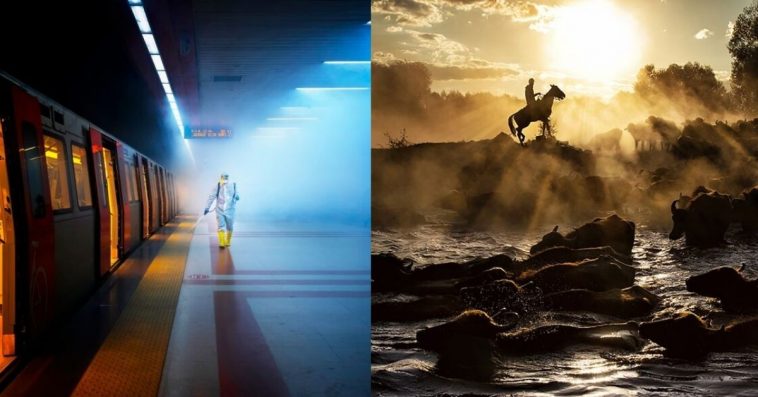 A photo has so much power to itself. They can create different perspectives and trigger different emotions within us with the skill of the photographer. Most importantly it captures a moment in time and records it exactly the way it is until for the rest of the time. Earlier it was recorded in a film which was later developed into a photograph. Those photos did get damaged physically, but now with the digitalizing of photography, photos can live on forever.

To celebrate this amazing form of art, there are many types of photography competitions held annually all around the world, Each competition calls for a different set of categories that they look forward to promote. One of these leading competitions in the world happens parallel to the Sienna International Photo Exhibition; is its photo competition.

Each year, they call all the talented photographers all around the globe to take part in this contest. They state their categories and the other requirements for the contestants to send in their submissions. This year 2021, the board of judges introduced a new category; COVID-19. This also made the stage for a lot of very sensitive moments captured on the camera, to show the effects of this very devastating pandemic.

Going through thousands and thousands of submissions that pumped in, from all corners of the world, the judges made their decision. After a few rounds of choosing finalists. The SIPA have named their award winners recently. This shows you one of the most amazing perspectives and stories from all around the world, brought to you in a universal language; Photographs.

This competition is held annually so that they can become a hub for the worldwide photography talent to socialize and have a taste of the work of the most talented in the world. So, we have collected 30 of the awarded photos that were named. Scroll down to have a look at it and let us know how what you think about these pictures in the comments sections below as well. 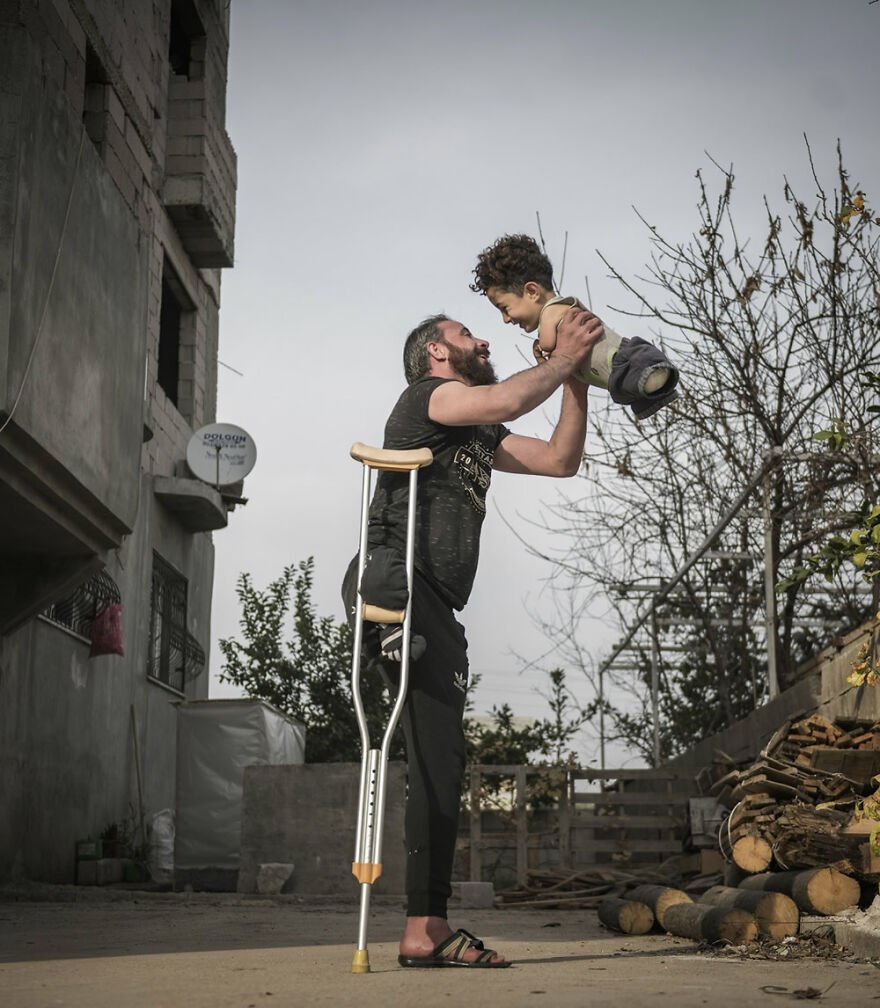 "This little boy’s father Munzir lost his right leg when a bomb was dropped as he walked through a bazaar in Idlib, Syria. His son Mustafa was born without lower or upper limbs due to tetra-amelia, a congenital disorder caused by the medications his mother Zeynep had to take after being sickened by nerve gas released during the war in Syria. Mustafa will need special electronic prostheses in the future which, unfortunately, are not yet available in Turkey." 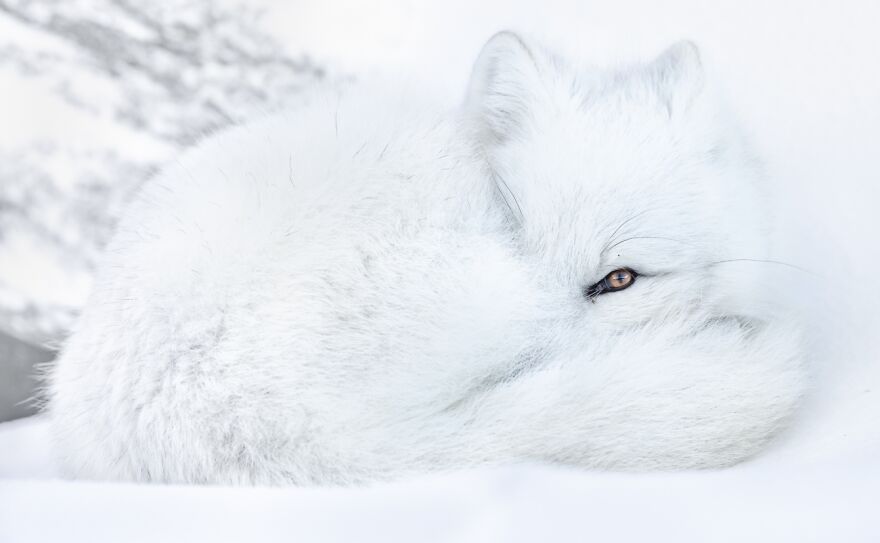 "A mountain path in the middle of a forest is illuminated by a multitude of 'sparkling' fireflies that give the landscape a fairy-tale atmosphere. Their bioluminescence is part of the mating ritual, at the end of which the eggs are laid. Unfortunately, pollution hinders the reproduction of fireflies, and it is increasingly difficult to see shows like this one." 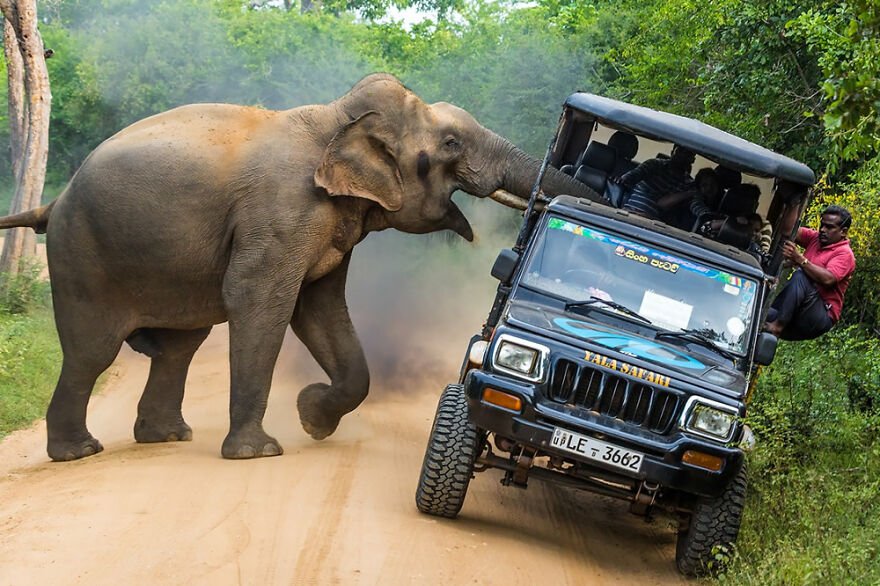 "A wild elephant attacks a jeep full of people. We should respect nature and care more about it, but we should also avoid taking unnecessary and reckless risks." 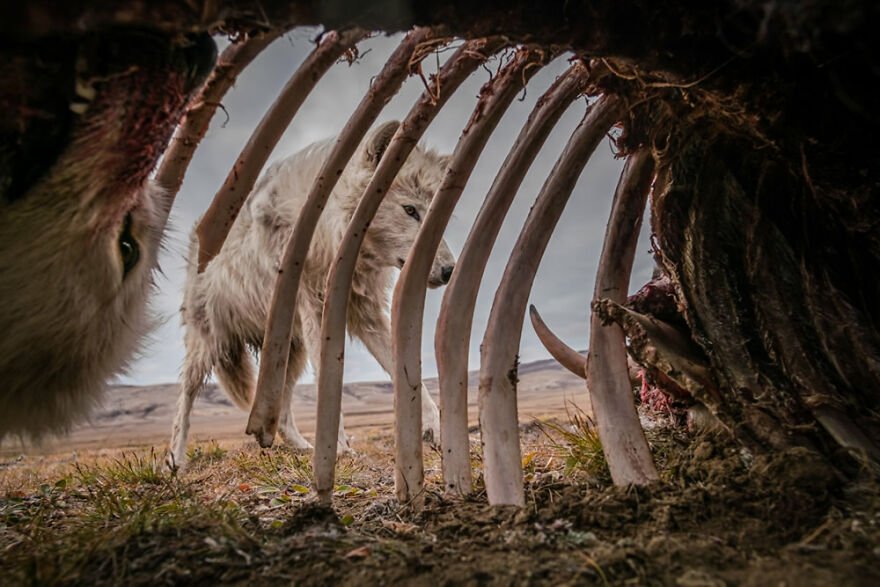 "A camera trap placed inside of a large muskox carcass was used to take this shot of a pack of 10 wolves, the members of which returned to feed for over a month. This location became the de facto rendezvous site for the pack in the months to come." 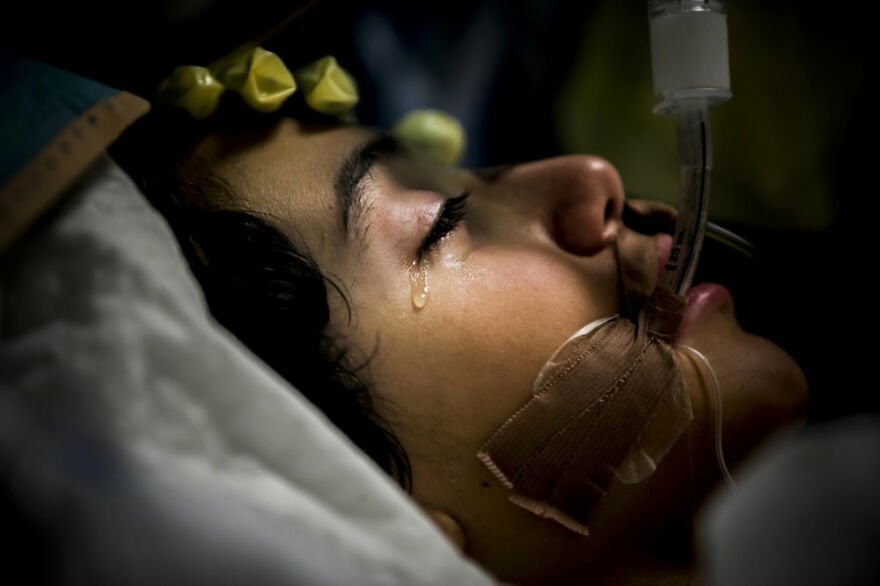 "A dangerous, rare disease associated with COVID-19 led Francisco, 13, to be admitted to the ICU of D. Estefânia Hospital in Lisbon with a pathology that had already caused deaths. The symptoms began to manifest intensely, and from the initial red spots on the hands to kidney and respiratory failure, illness progressed rapidly. Days after being intubated, he responded positively to the therapy." 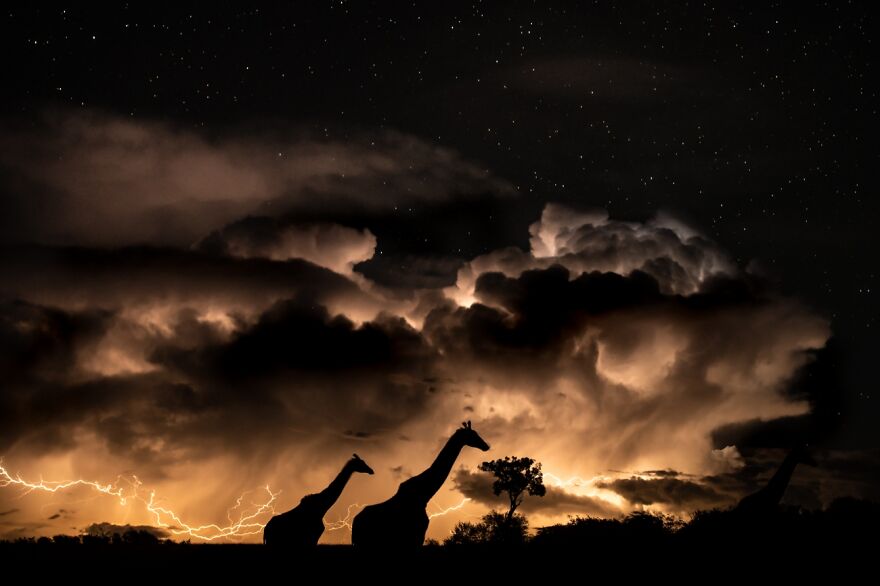 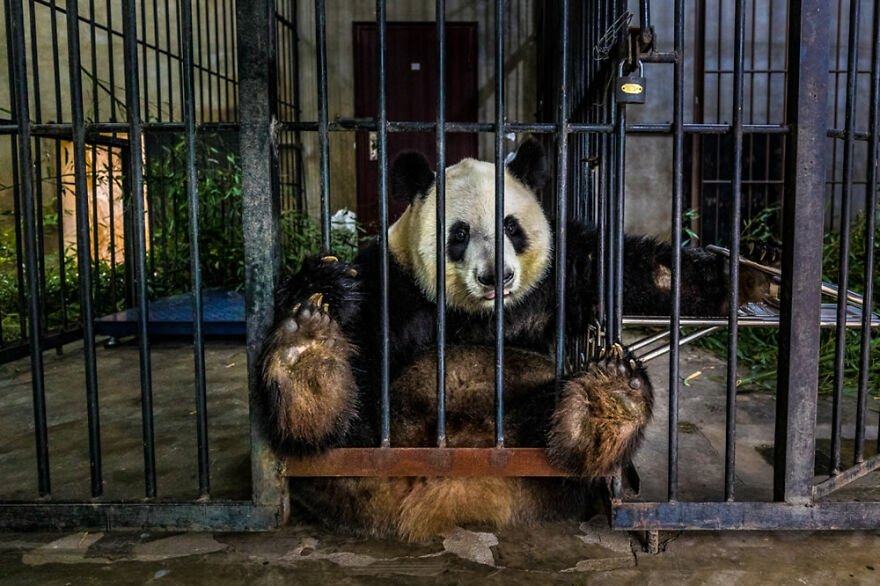 "A giant panda used for breeding sits alone in a facility in Shaanxi, China. Captive breeding of endangered species can play an important role in repopulating wild habitats, but it can also be a convenient label to hide behind, much like “green,” “renewable," or “sustainable.” In this case, though there was no doubt that the staff cared deeply for their wards, the feeling nevertheless was that the pandas were economic assets. There were no plans to prepare any of the captive-born pandas for release - all animals were being habituated to humans and used as attractions for paying visitors. To me, this image represents the juxtaposition between the intentions we express and the reality on the ground: a wild animal kept in a cage in the name of conservation." 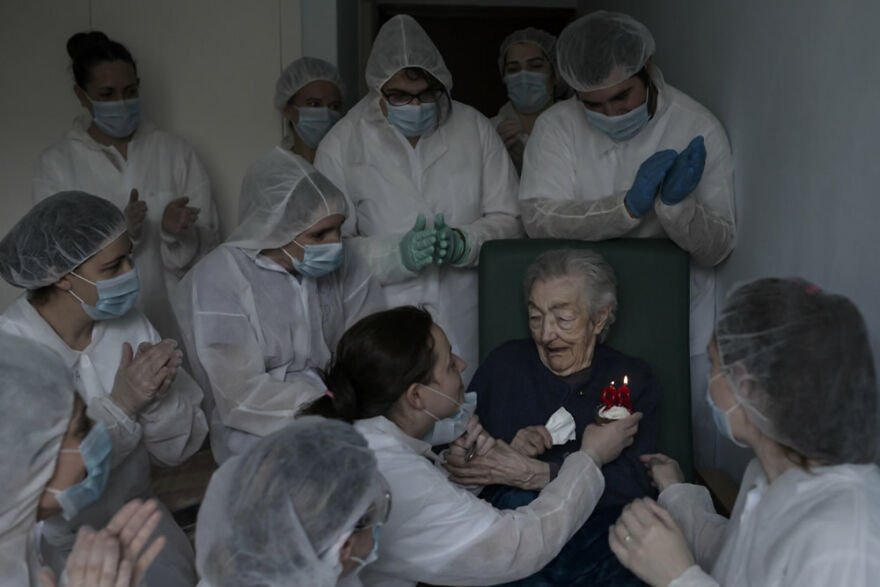 "The workers of the San Carlos de Celanova nursing home celebrate the birthday of Elena Pérez, 98, two weeks after she survived the coronavirus. Nine residents died at this nursing home and more than 40 tested positive for COVID-19." 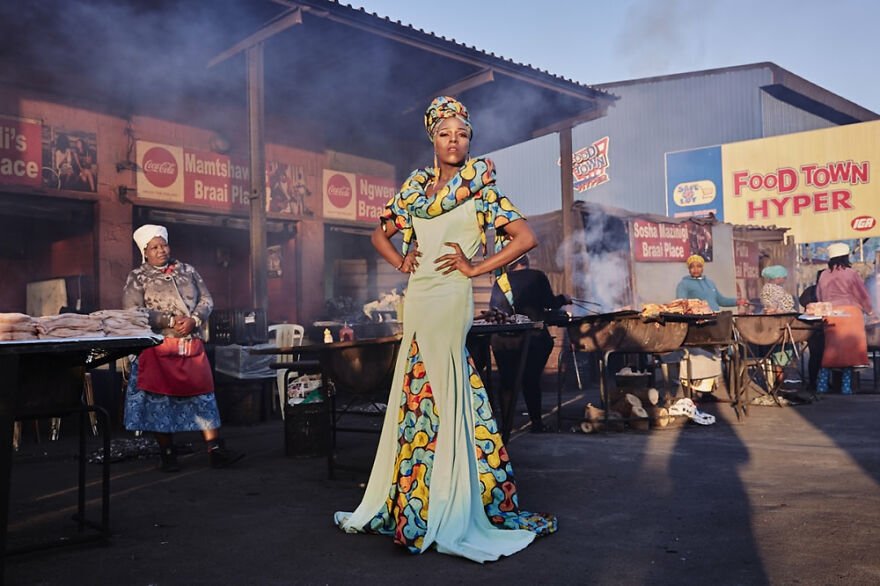 "Belinda Qaqamba Ka-Fassie, a drag artist and activist, poses at a shisanyama - a community space where women cook and sell meat - in Khayelitsha, a township near Cape Town. Belinda, the photographer, and other black, queer, gender non-conforming and transgender people collaborated in a project to reclaim public spaces in a community where they are subject to discrimination, harassment, and violence." 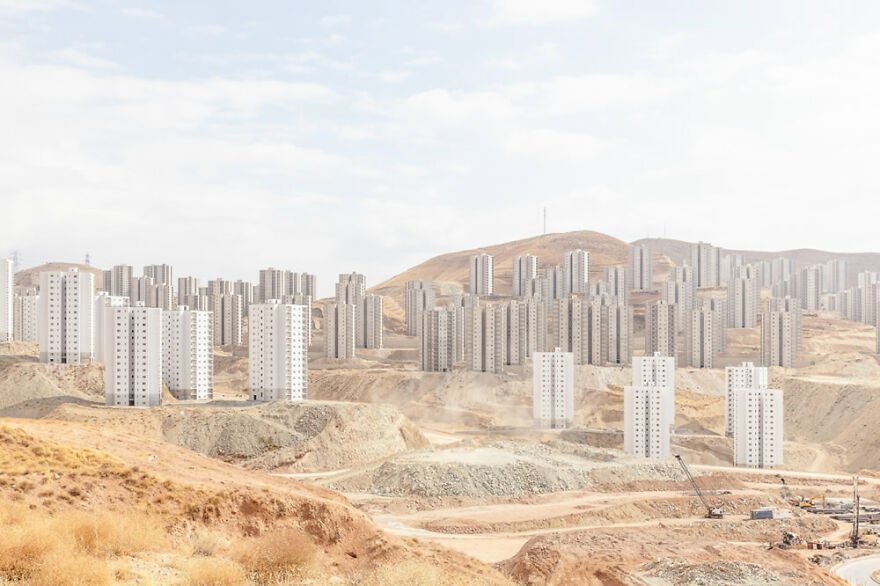 "In recent years, 1.5 million housing units have been built in Iran with the main goal of reversing migration to larger cities, where living standards are deteriorating due to traffic, pollution, and the high price of housing. These communities were erected in arid, almost desertic environments (as in Pardis, located 30 minutes northeast of Tehran), often with little regard for ecological conditions on the ground." 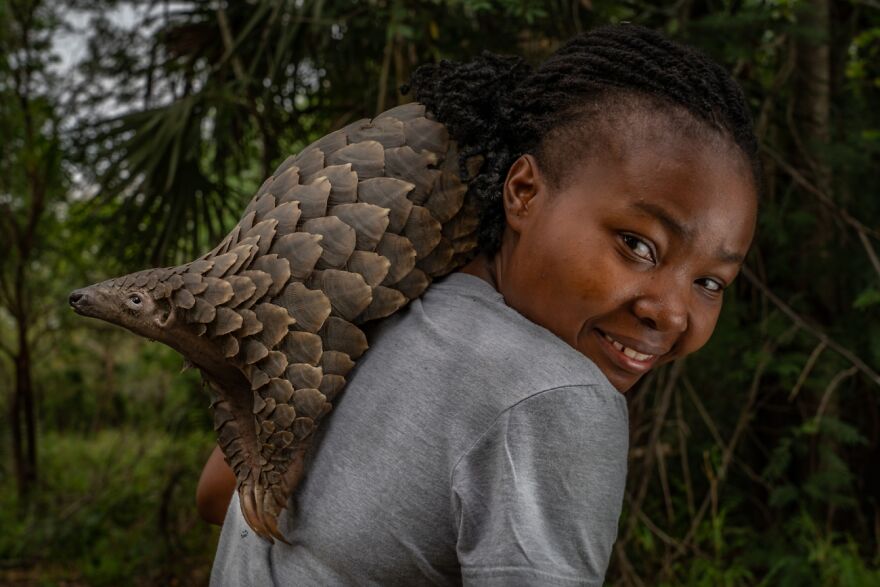 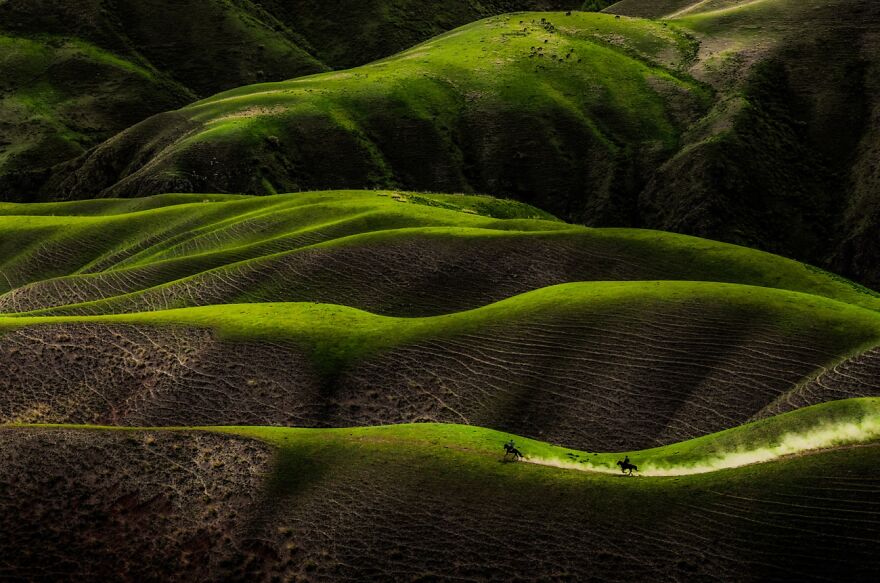 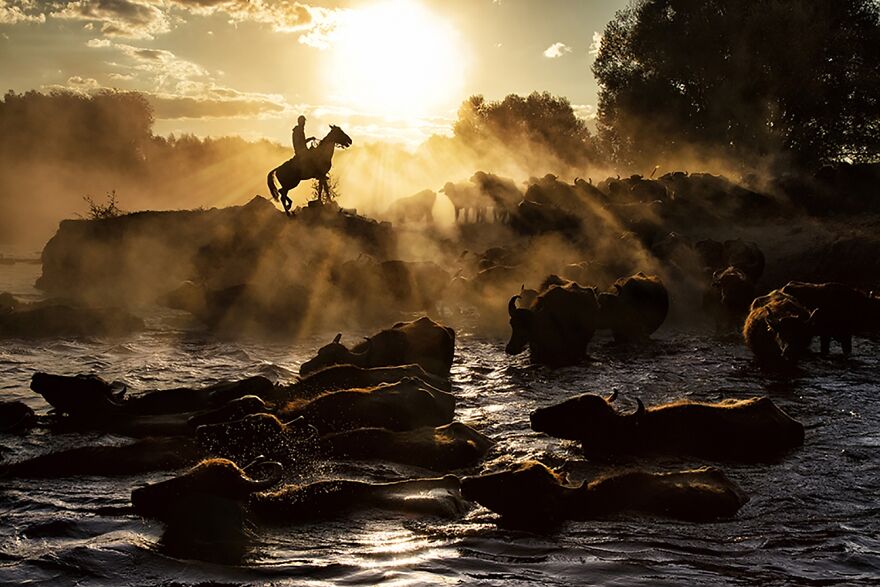 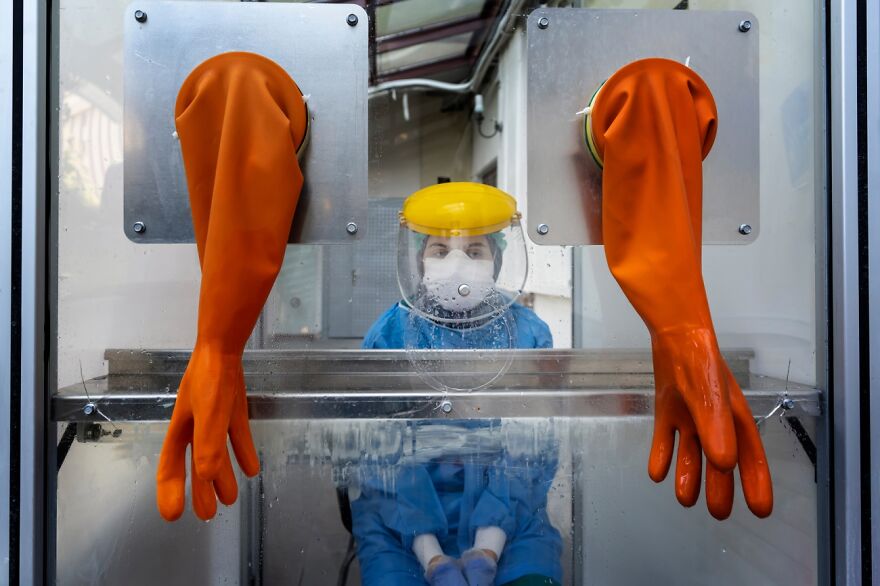 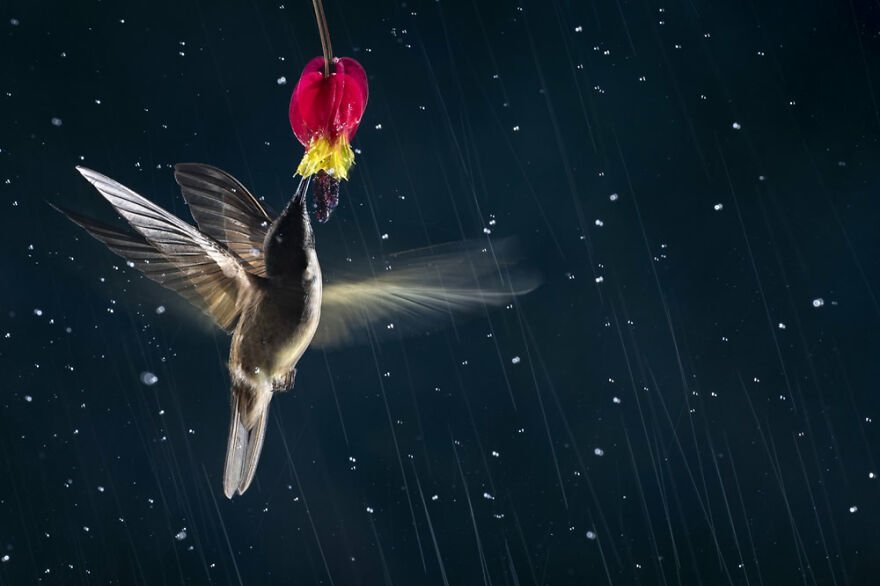 "With a very complicated setup, I was able to trigger 2 sets of flashes during a single exposure of only 1/25 second. This photo is the result of three days shooting, trying to get a single picture with an intense atmosphere, of a Brown inca hummingbird (Coeligena wilsoni)."

"A young bride is preparing for her wedding on a street in the Roma ghetto of Stolipinovo. In Europe, Roma communities number more than 11 million people and Stolipinovo, with around 40,000 people, is the most populous ghetto." 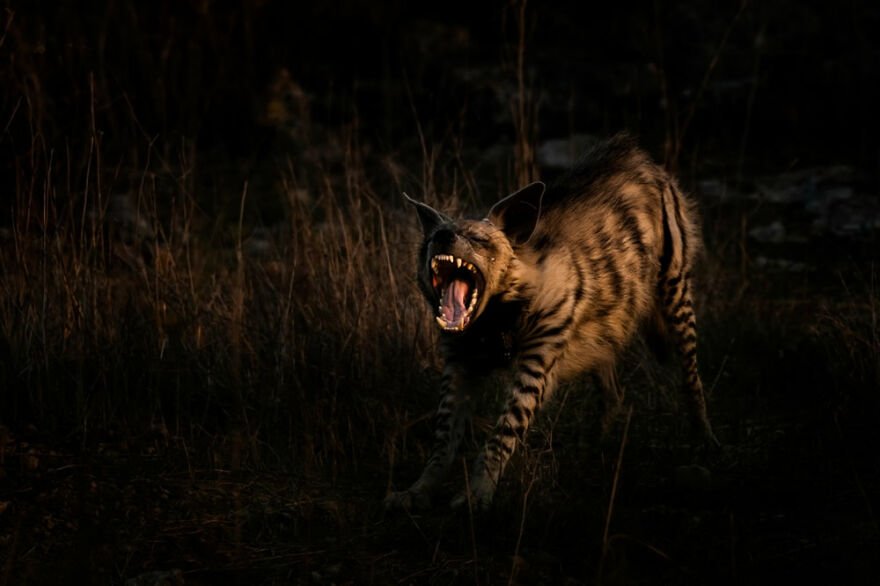 "I had to wait a while to capture an interesting pose of Ruthy, a well-known female striped hyena in Israel. The striped hyena is an endangered species as the global population is estimated to be less than 10,000 wild specimens." 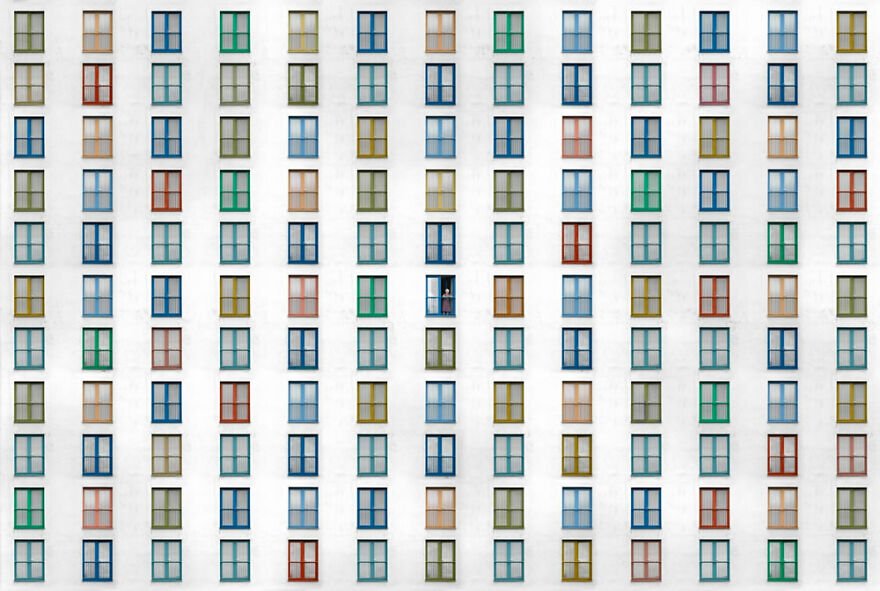 "The series BIALA has a geometrical guideline and its features were taken from urban architecture. The pictures don’t portray entire buildings, but just a chosen part of the facades, to accentuate the symmetry and modular geometry of the structures. By placing a selection of shapes and colors in the foreground, the artist is able to deprive the buildings of their utilitarian residential function." 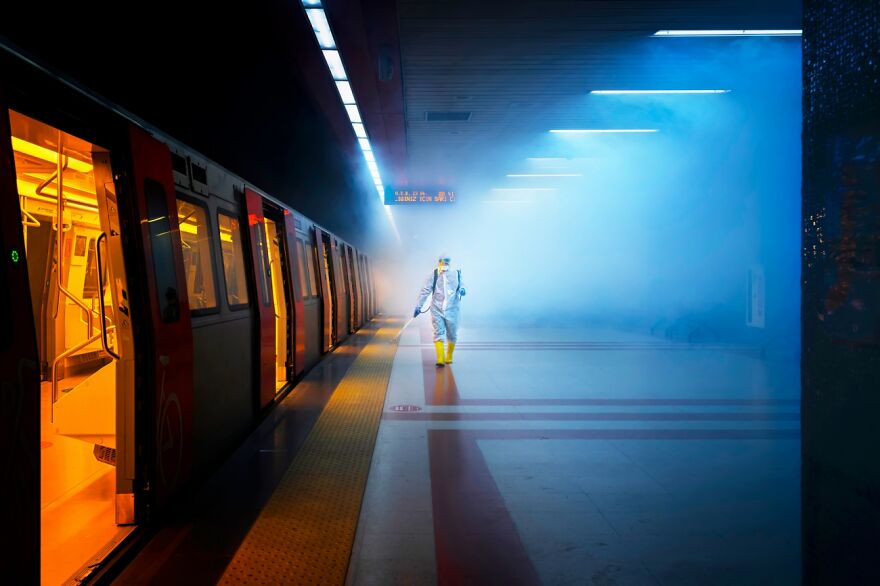 "Even though all over the world teenagers' lives are completely absorbed by social media and the Internet, in Havana children still enjoy themselves by playing in the open air in their homes' courtyards." 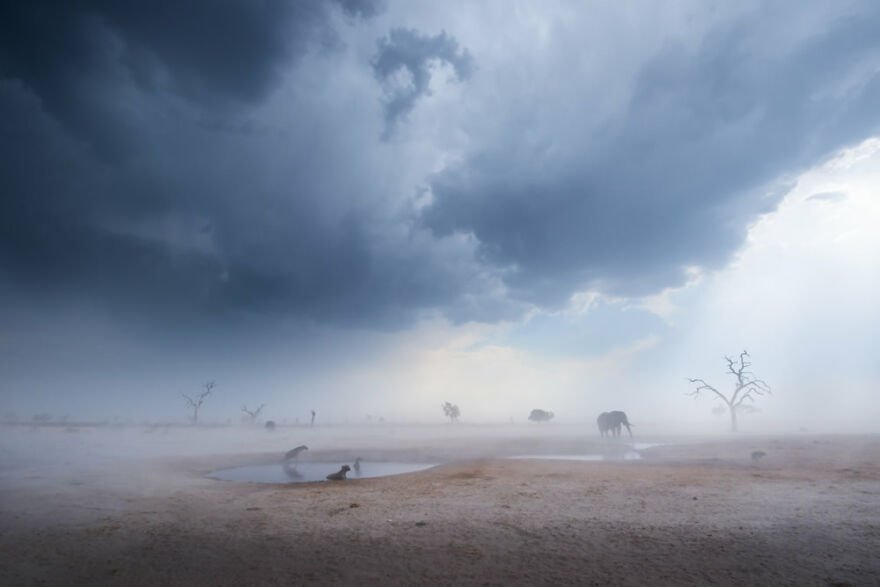 "Three hyena, a jackal, and two elephants endure a sandstorm on a hot humid late afternoon, while the wind picks up before the heavens open. The hyenas cool off in the cool water and get rid of parasites. The dry season is over and the rainy season is on the way, promising relief for every animal in dry Chobe National Park."