Marvel has turned into a name that is recognized and loved by a lot of people all around the world. They have given people a new era of entertainment where people get to experience superhero movies in a very cool and exciting nature that are based on Marvel comics. Originally, Marvel came into existence as a comic book series by Stan Lee. This name is one of the greatest names in the entertainment sector of our time.

Starting from ‘Spider-Man’ all the way to introducing all the superheroes that we watch on the big screen, this studio redefined the superhero/ action genre. With millions of fans all over the world, Marvel has become one of the giants of entertainment and movie-making industries with an estimated value of over 22 billion US dollars as of this year.

Bringing, action, humor, and all sorts of cool things into explosive creation, marvel movies glue their fans to the franchise. Unlike other superhero movies, Marvel creates its productions with a lot of interconnections and relativity to its over movies. This makes a marvel fan relate to every single movie if he/she watches one. If the theme of the story that runs throughout the entire collection of movies is not enough, they brought up the concept of teaming up as the ‘Avengers’ series. In this series superheroes who have their own set of movies join forces to play out another series in which they all play their characters cohesively. Now, that has never been done in the way Marvel presents us.

So, with all the amazing things that go on with these movies, there are smaller points in these movies that might slip by us unnoticed. But when you look back at them now, these small moments hit every marvel fan hard since they have covered up the movies that were released up to date. These scenes hit us emotionally since every fan in the marvel universe is emotionally invested in these characters and movies. Let’s take a walk down the memory lane and look at these small scenes that mean a lot.

Avenger, Endgame: This shows how much alike Morgan and Tony are. 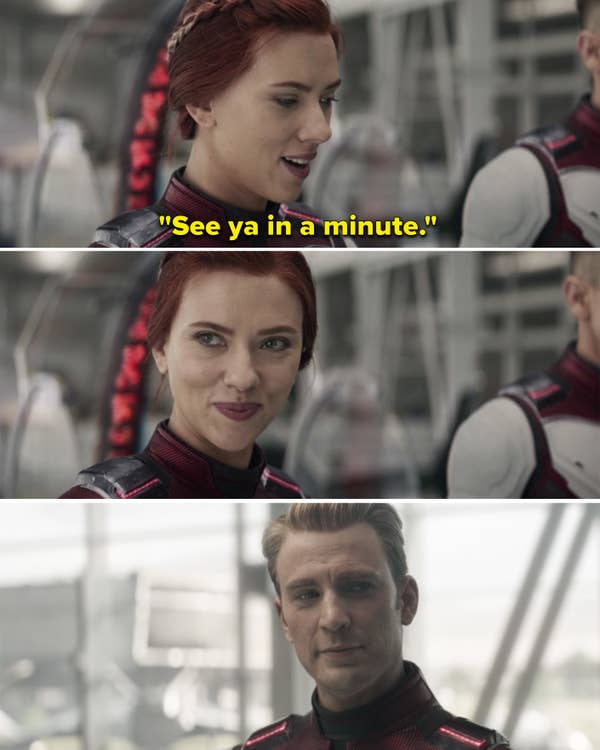 Avengers Endgame: When Natasha says that she will see Steve Rodgers in a Minute.

Loki, when you realize Loki's file in the TVA doesn't end when Thanos snaps his neck, but rather when Thor hugs him, meaning he felt that hug. 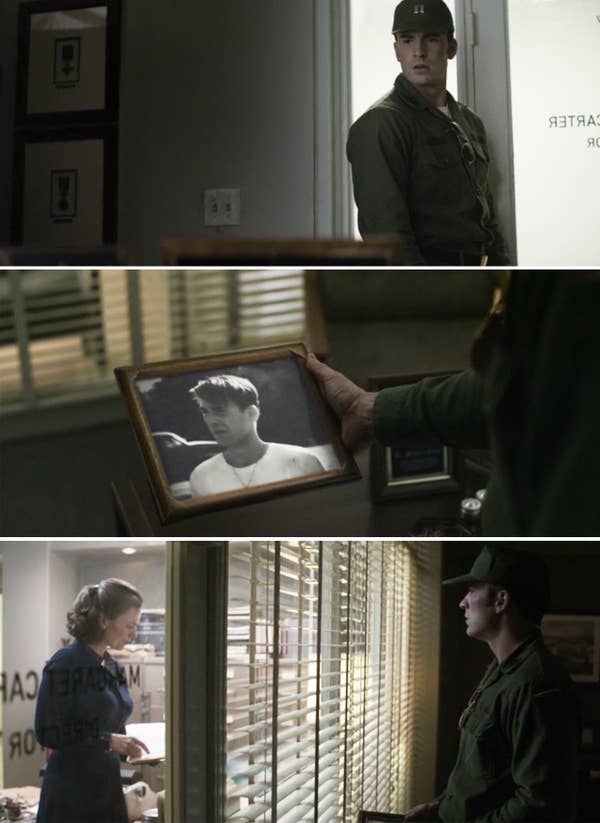 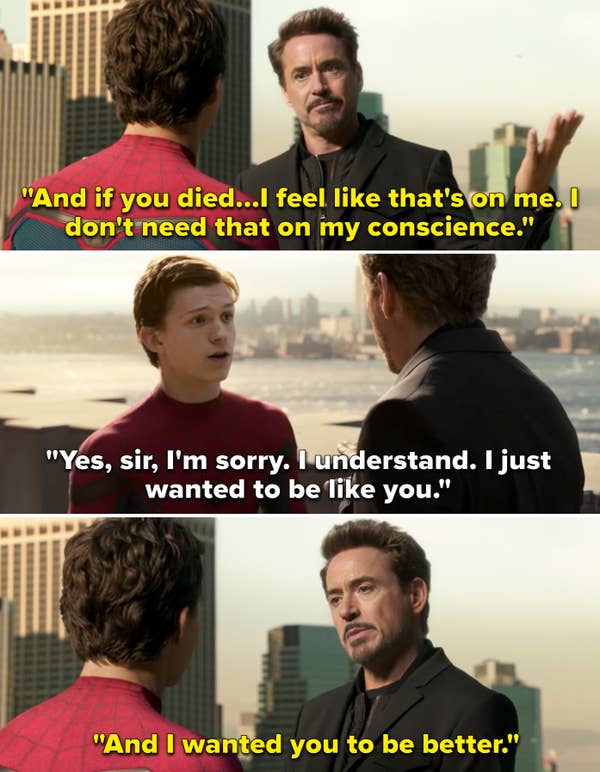 Spider-Man: Homecoming, when Tony tells Peter that if he dies it will be Tony's fault.

Agents of S.H.I.E.L.D., when the team says goodbye to Bobby and Hunter with a "spy's goodbye." 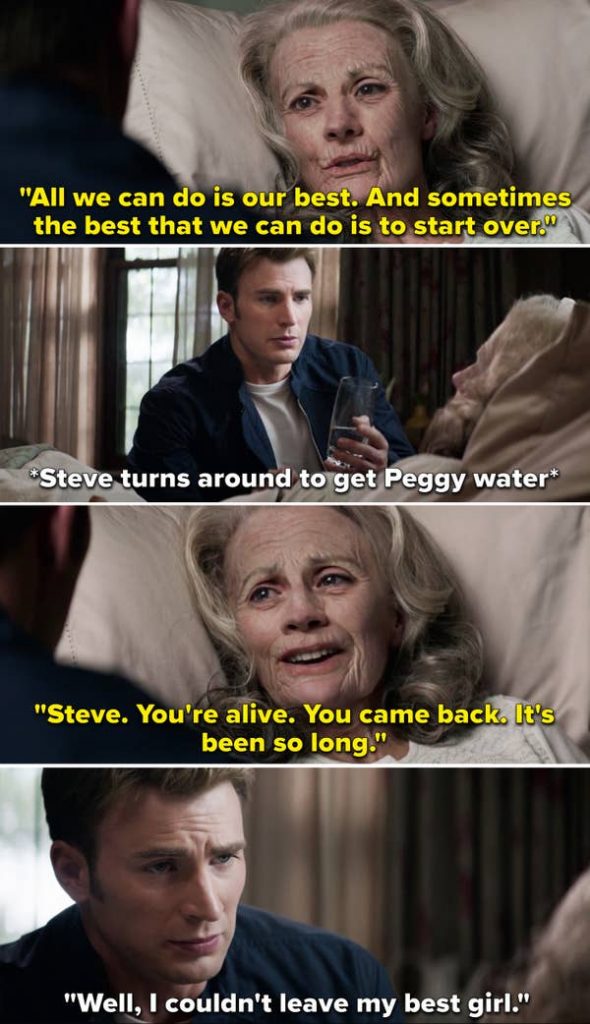 Captain America: The Winter Soldier, when Steve and Peggy are talking about starting over, but then Peggy forgets their conversation minutes later.

Captain America: The Winter Soldier, when Sam revealed that he watched his best friend die. 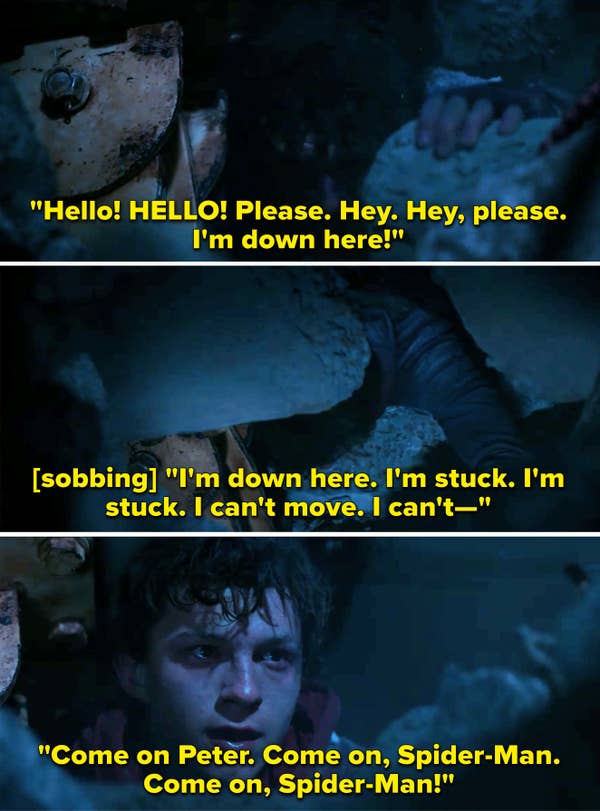 Spider-Man: Homecoming, when Peter is stuck under the rubble and can't get out.

The Falcon and the Winter Soldier, when Bucky is afraid that Steve might've been wrong about him.

Avengers: Endgame, when we see that Natasha's blonde hair is slowly growing out.

The Falcon and the Winter Soldier, when Sam wiped the blood off the shield.

Avengers: Endgame, when Tony gets emotional after he spots a framed photo of Peter. 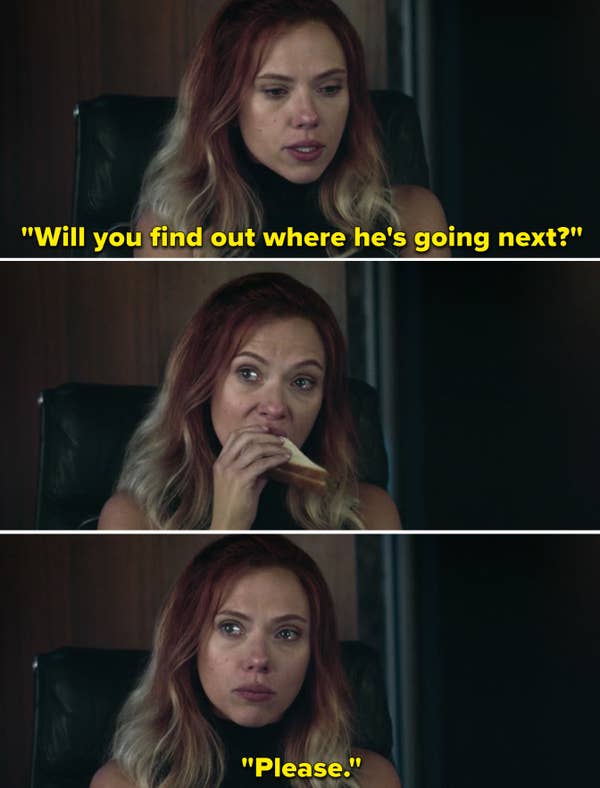 Runaways, when Molly finds out that her parents are sending her away, and Gert just holds her. 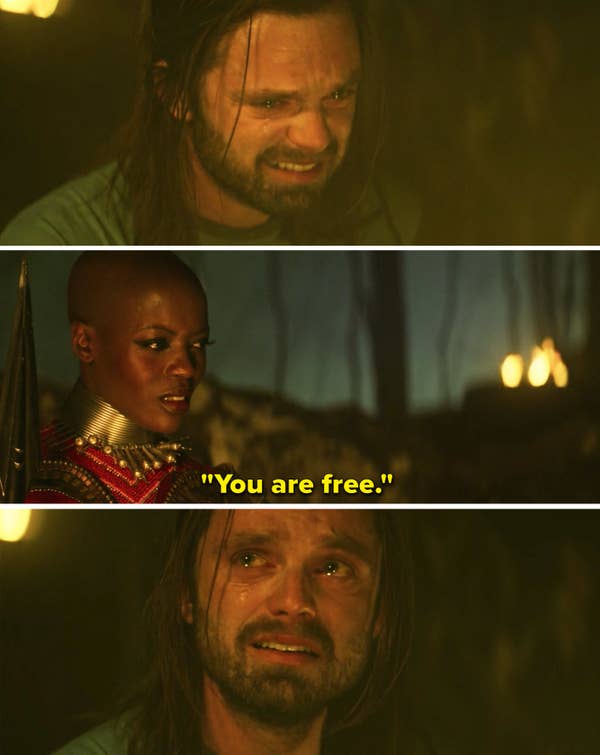 The Falcon and the Winter Soldier, when Ayo uses the activation words on Bucky, and he realizes he's finally free of Hydra's control. 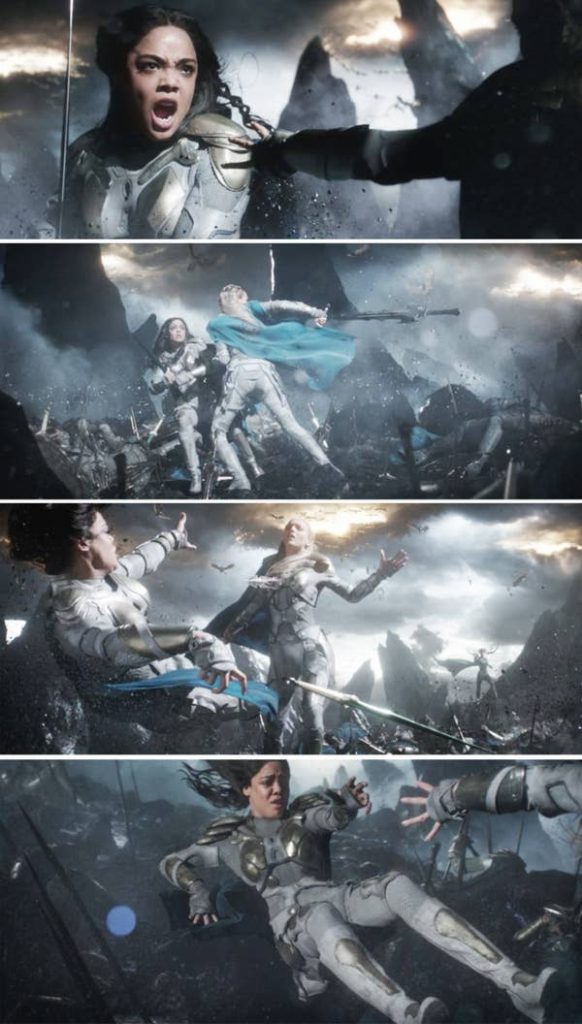 Thor: Ragnarok, when Loki goes into Valkyrie's memories and we learn how she lost all of her family. 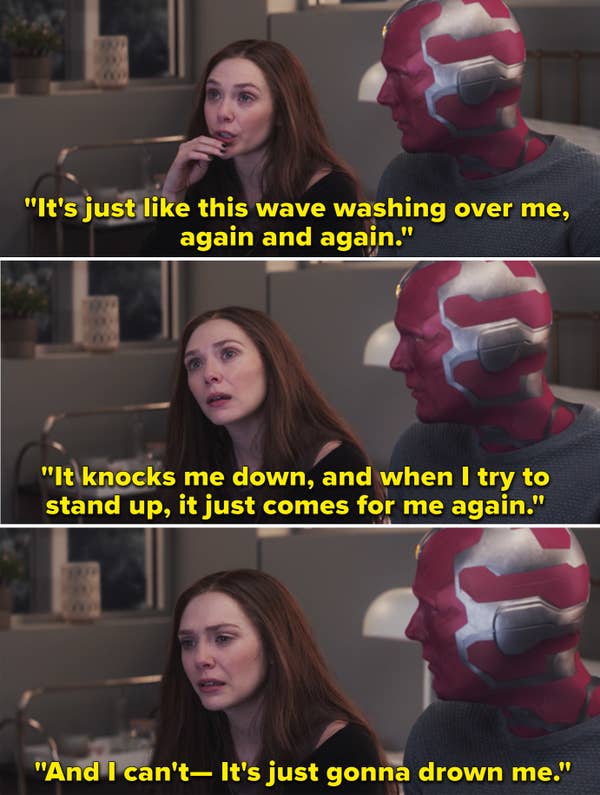 WandaVision, when Wanda describes to Vision how her grief is like drowning over and over again.

Spider-Man: Homecoming, when Peter tells Ned that Aunt May can't find out about his secret identity. 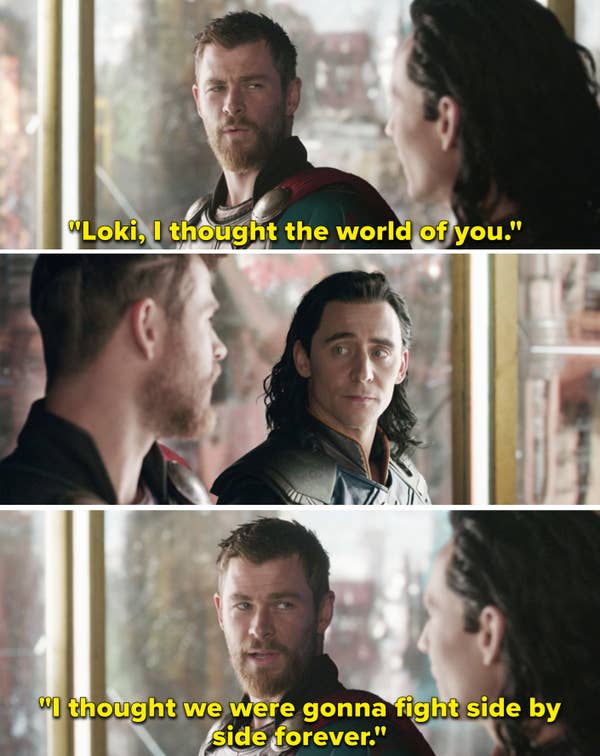 Thor: Ragnarok, when Thor mentions to Loki that he looked up to him and thought everything of him growing up.

Thor: The Dark World, when Loki reveals that he's actually trashed his cell and is emotional after his mother's death. 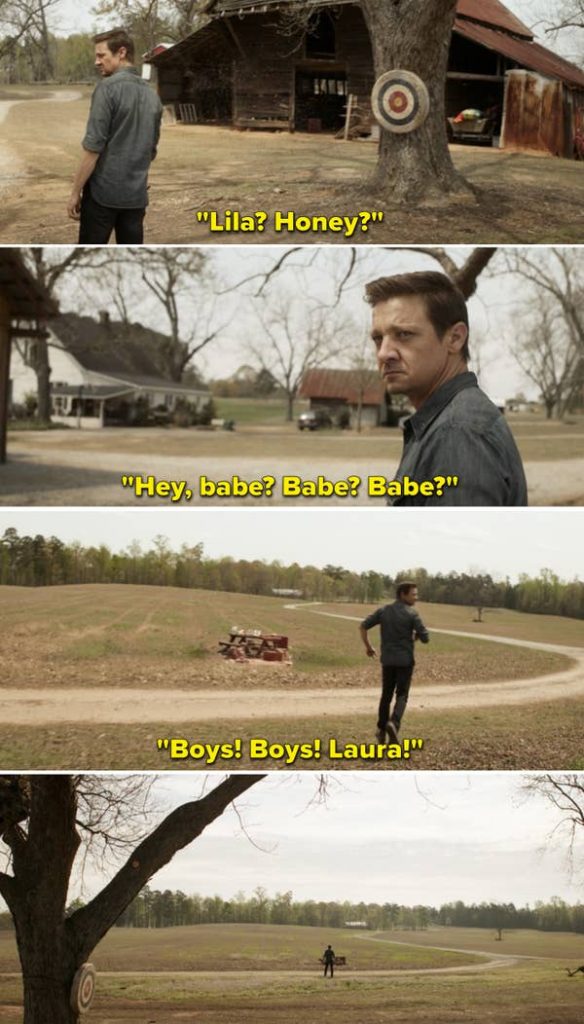 Avenger, Endgame: Clint didn't know what was happening with Thanos, and they're just gone in a blink. The panic he must have felt. 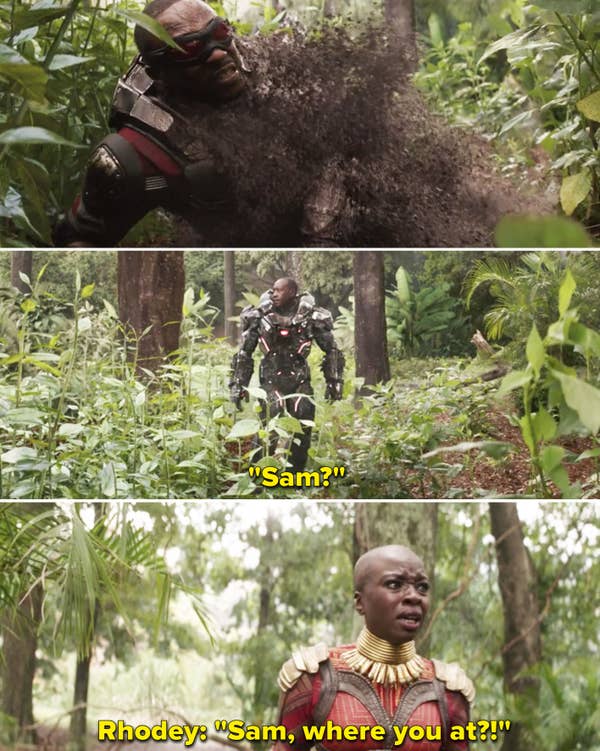 Avengers, Infinity War: Sam is alone when he got reduced to dust.

Guardians of the Galaxy, when Drax tells the Guardians how happy he is that he's been accepted by this new family. 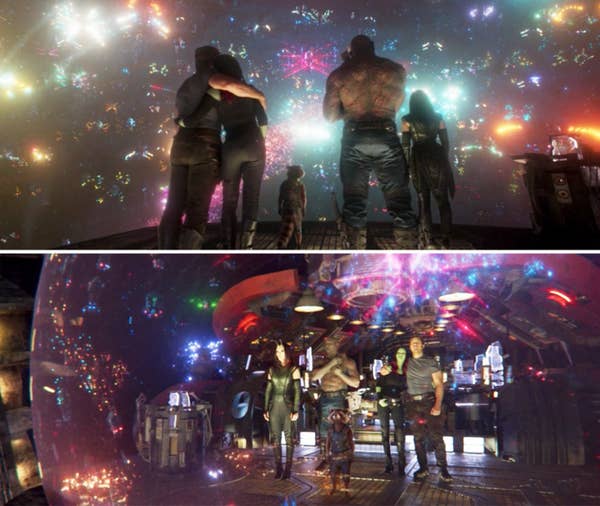 Guardians of the Galaxy Vol. 2, when the Ravagers arrive for Yondu's funeral. 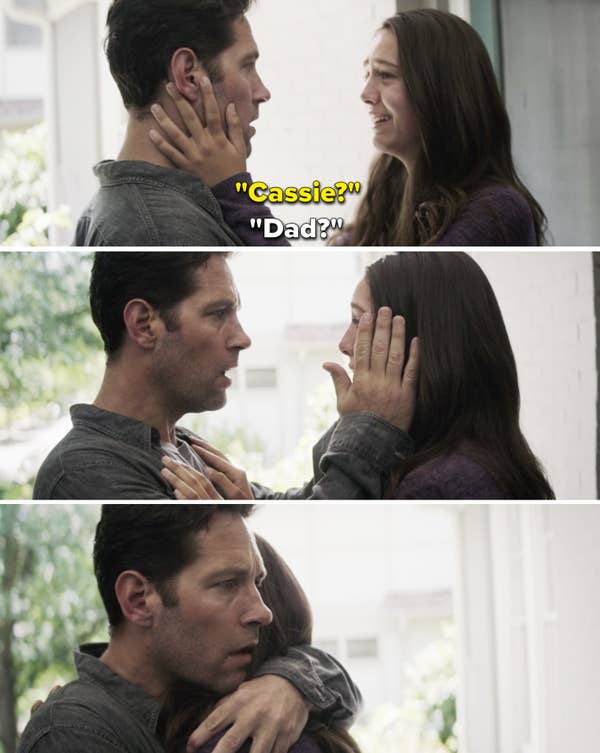 Avengers: Endgame, when Scott exits the Quantum Realm and reunites with Cassie.

Avengers, Age Of Ultron: Wanda senses that Pietro has died and unleashes her power. 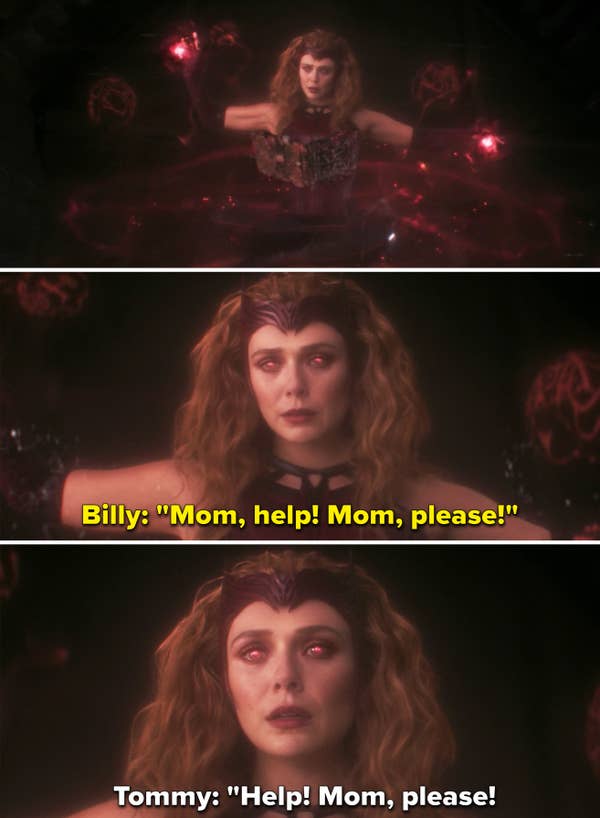 WandaVision, when Wanda hears Billy and Tommy's voices while studying the Darkhold. 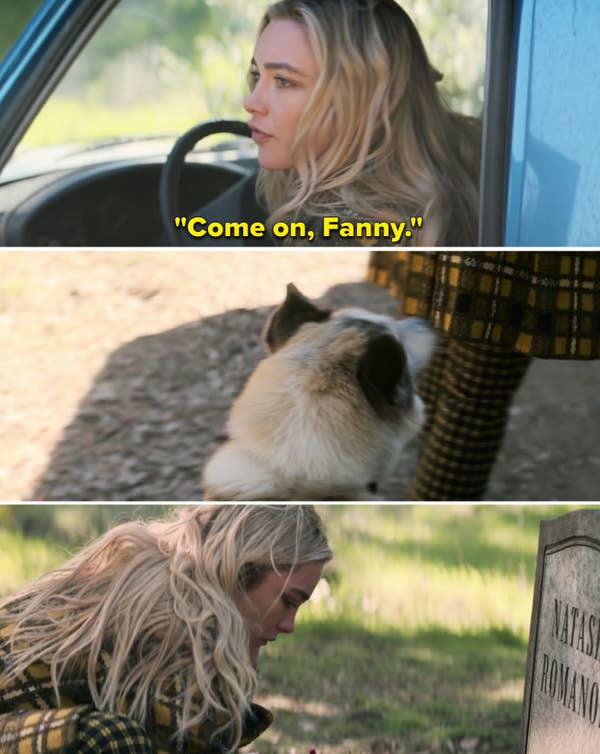 Black Widow, when we find out Yelena got the dog she always wanted and named her Fanny, which was the fake identity Natasha was given earlier in the film.

The Avengers, when Bruce reveals that he tried to kill himself shortly after he became the Hulk for the first time.