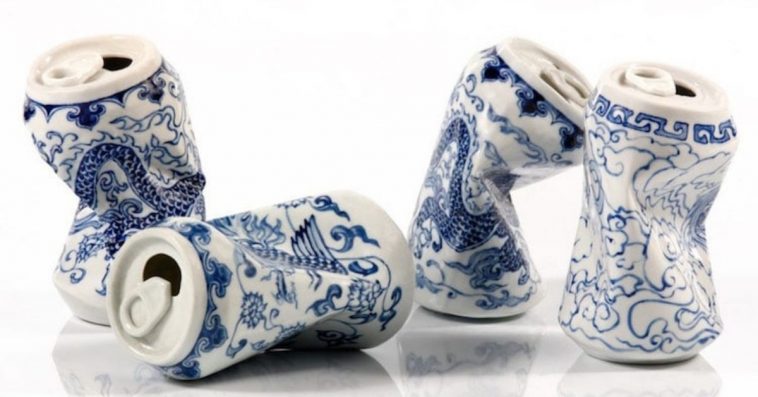 China is a very proud community that holds a massive amount of traditional elements within the Chinese society and culture. Painter, Photographer, Sculptor and Artist Lei Xue has come up with a genius product that binds ancient tradition in to the modern day context.

As most of us know China is known for its massive tea use and pottery which is woven around the tea drinking practice. The tea pot is a signature piece of art that the ancient Chinese made. So,  Lei Xue decided that he was going to create something that has to do with the elements of this signature pottery of China. Looking at the modern day, there is one beverage that is widely spread across the globe with no barriers; Beer. Beer is consumed by a large number of people all around the world. The most common way the people consume it is straight out of a can.  Lei Xue got inspired from both these modern and traditional ideas to create one fusion of these two worlds. He created hand made Beer cans out of porcelain, a traditional material that the Ming dynasty of China used to do most of their traditional crockery with.

These hand made beer cans look so realistic and ornamental with the traditional designs painted on them, just like the ornamental items made during the Ming Dynasty. To add a hint of the modern society, he made the cans ‘crushed’, as most of the beer cans get. Also this awesome piece of art is still operational. That ,means you can use it to drink something out of it! Scroll down to checkout these amazing creations and please do share your ideas by commenting them down. 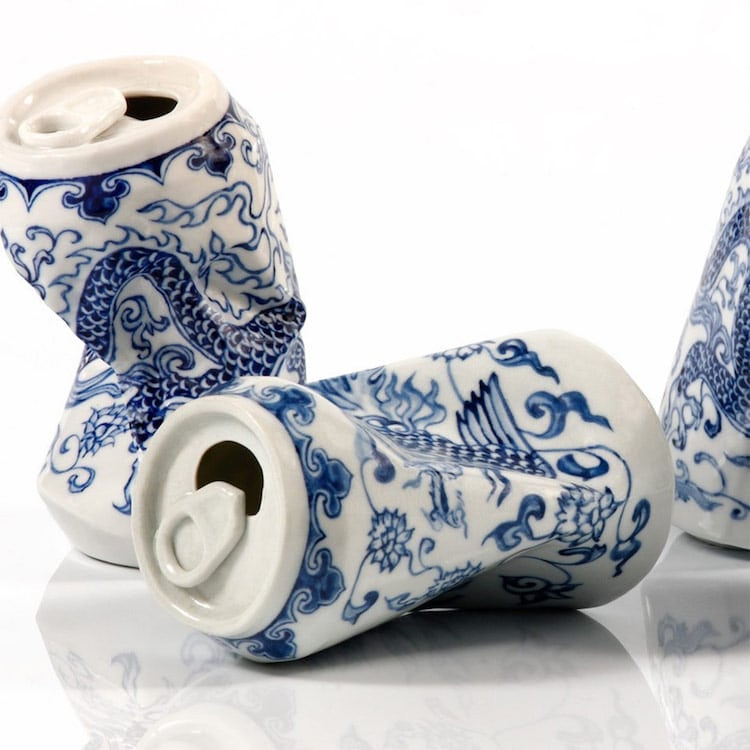 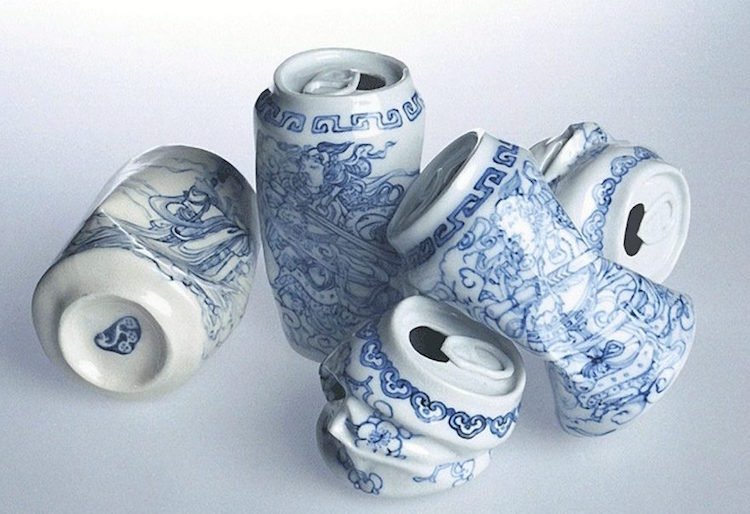 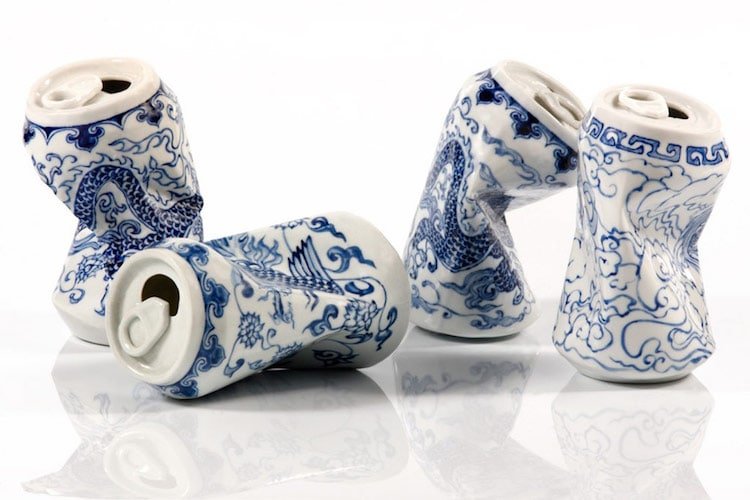 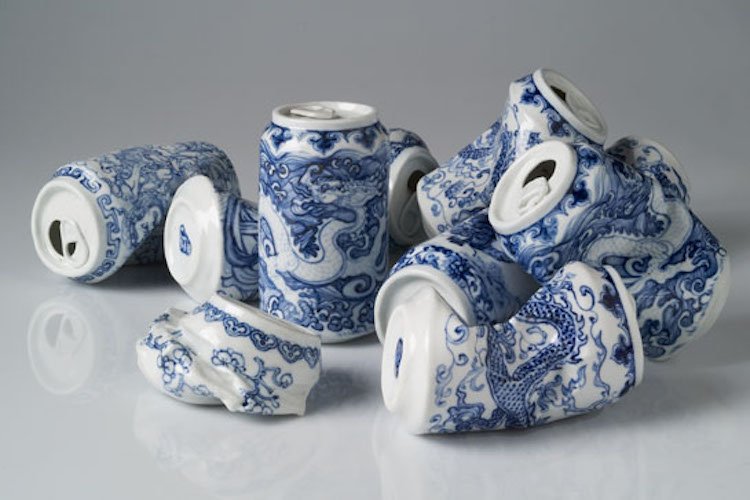 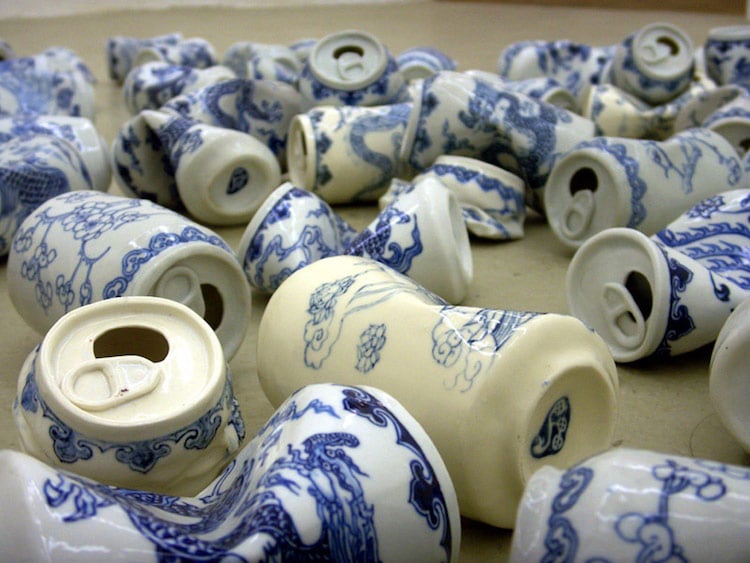 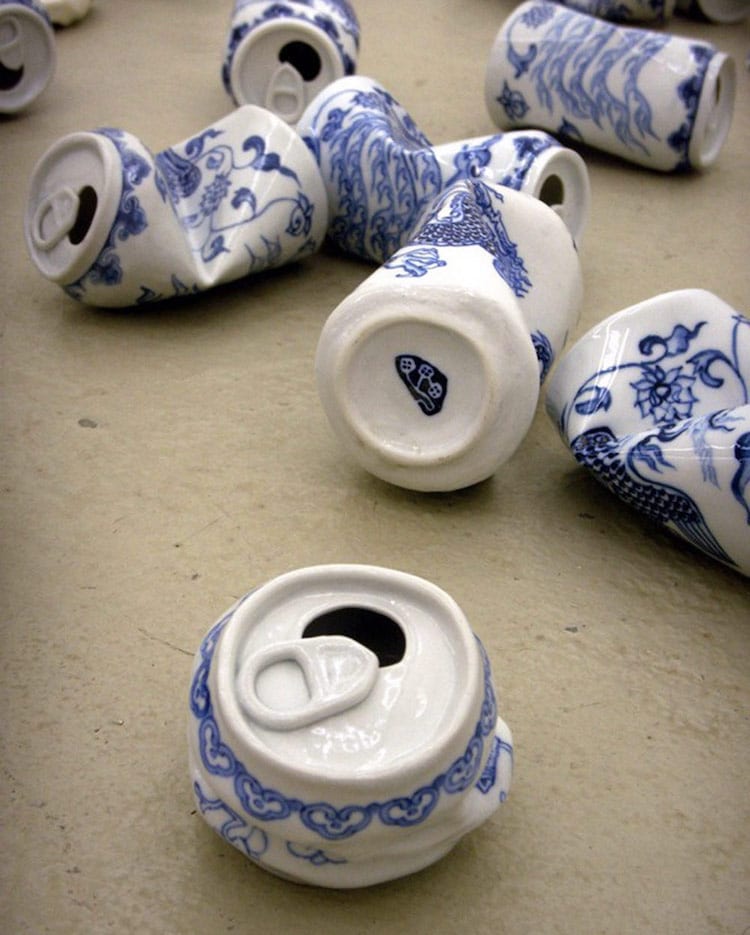 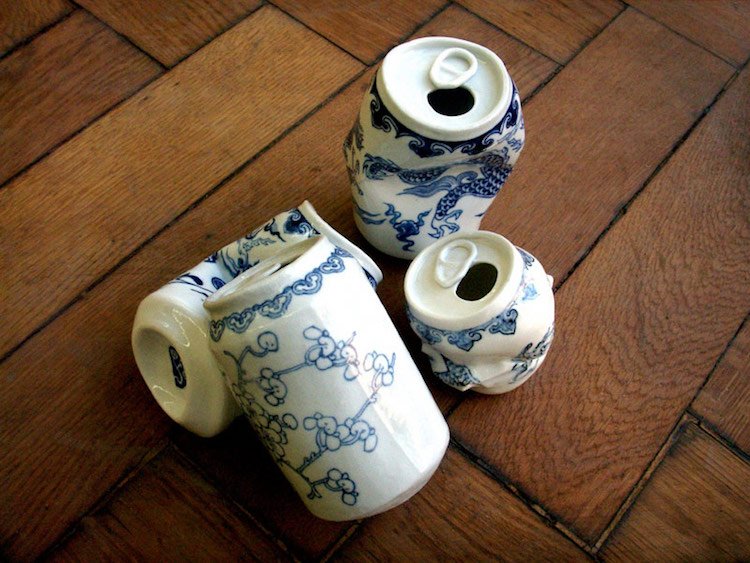