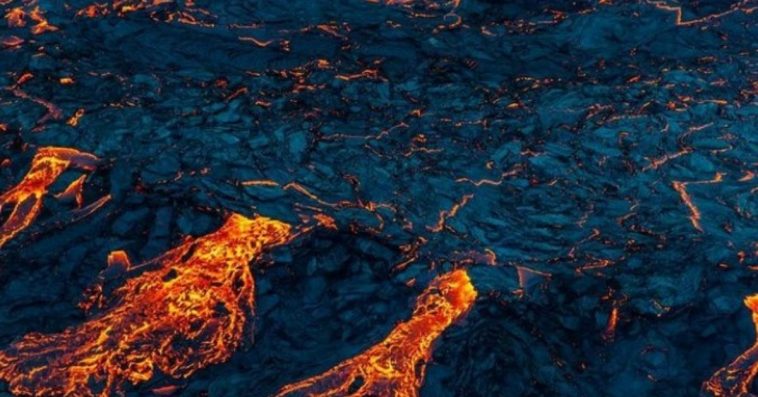 Volcanoes are a fascinating, yet dangerous creation of nature. It spits out molten lava from depths of the planet to the surface. There is no other place famous for it volcanoes other than Iceland. Being a home for a lot of volcanoes on Earth, the country truly lives up to its name, “the land of ice and fire”.

This is a news about a special volcano eruption. This volcano erupted after lying dormant for a long 6000 years! Scroll down to check out the awesome set of photos and videos of this special eruption.

This event has occurred on the 19th of March this year. Even though the experts consider this as a small scale eruption, it spat out a big amount of lava, putting on a eye catching show to the world!

This phenomenon occurs due to the location of the country. Iceland is situated over a conjunction of two tectonic plates. This placement of the country is the reason for the large number of volcanoes and the regular eruptions.

It became a sensational moment when a number of news agencies and volcano-enthusiasts gathered to the scene to witness and document the amazing event.

A post shared by Iceland and all about (@everydayiceland)

Enjoy the media that we have collected for you, from different sources that covered the Mount Fagradalsfjall eruption. Do not forget to comment down your thoughts in the comments section below!

A post shared by Iceland and all about (@everydayiceland)

A new video of the eruption at Geldingardalur valley in Reykjanes peninsula. Taken from the Coast Guard helicopter. #Reykjanes #Eruption #Fagradalsfjall pic.twitter.com/B862heMzQL

The eruption is small and the volcanic activity has somewhat decreased since yesterday evening. The eruptive fissure is appr. 500 – 700 m long. The lava area is less than 1 km2. Lava fountains are small and lava flows are currently a very local hazard. #Reykjanes #eruption pic.twitter.com/2YsSbGtIuZ

A volcanic eruption has begun in Fagradalsfjall on the Reykjanes peninsula. We are monitoring the situation closely and as of now it is not considered a threat to surrounding towns. We ask people to keep away from the immediate area and stay safe. https://t.co/iIACfCc31E

This is Fagradalsfjall. It's about 15 miles south of Reykjavik and just erupted. You can start practicing your pronunciation: