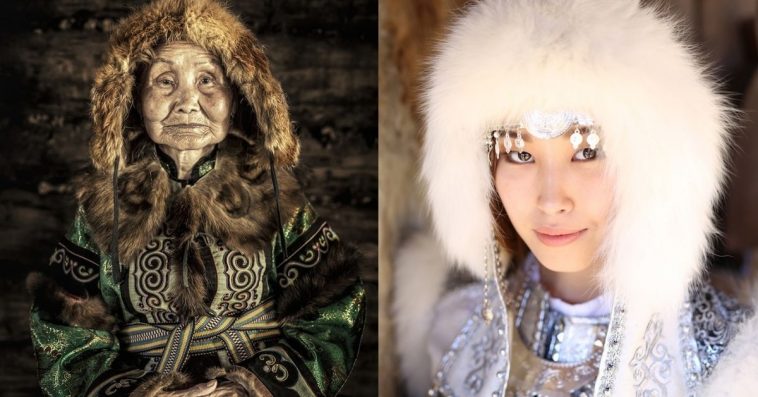 The fast rate of globalization and climate change makes the world change at a very rapid rate.  So, a very determined photographer named Alexander Khimushin spent almost a decade traveling around the world searching for indigenous people with their cultures that possibly go out of existence with the effects of globalization.

He has traveled to more than 80 countries during the making of his project The World in Faces that have documented these beautiful groups of people. In his travels across the globe, Khimushin spent around 6 months in search of Siberian sub-cultures that are hidden in the vast Russian landscapes.

Russian land is the home of around 40 different types of indigenous cultures and tribes who live there. They have their populations ranging from a few to almost none people who still live their lives according to their old ways. So, he believes that it is his responsibility of documenting these cultures before they get wiped off the face of Earth for good.

This Australian photographer has been tirelessly tracking and documenting these people all over the world because he is fascinated by their ways, clothing, and their entire culture. How these people interact with one another as well as Nature. In a time where the world is being exploited off of its resources and the climate is being changed dramatically, there are many more things that modern human societies should learn from them.

His pictures are really valuable in making people aware of their existence and of the dangers they face as well. People who are in touch with him on social media platforms love his work and they spread his news all around the world. So, we thought of doing the same by bringing this set of pictures to you. We have listed photos of few indigenous people in Russia that this photographer met on his expedition. Scroll down to view them and comment down your thoughts to share them with us. 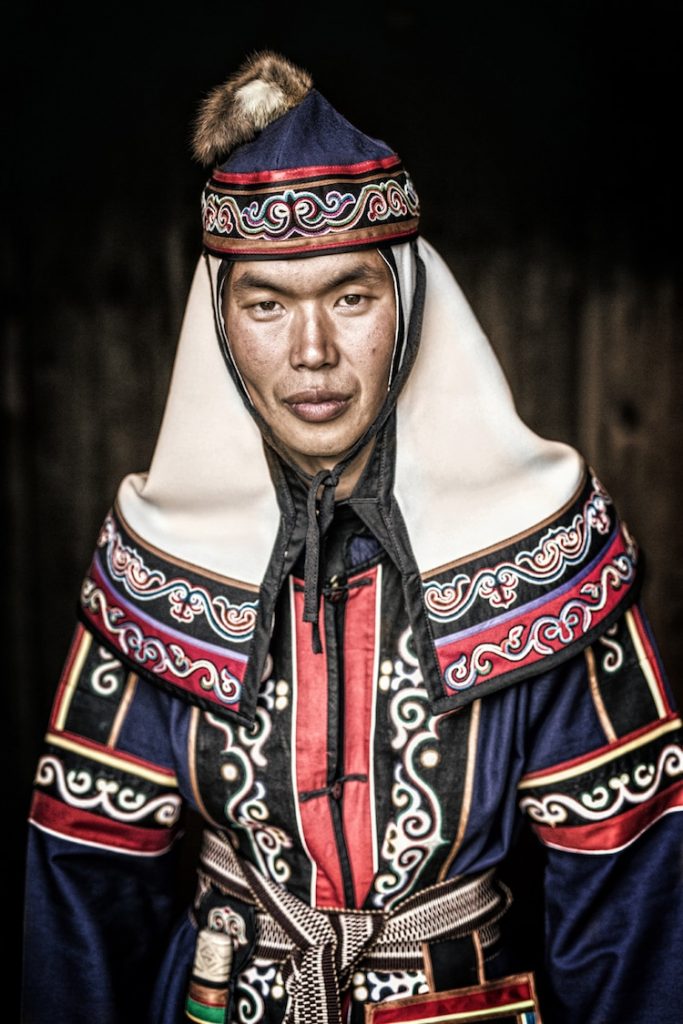 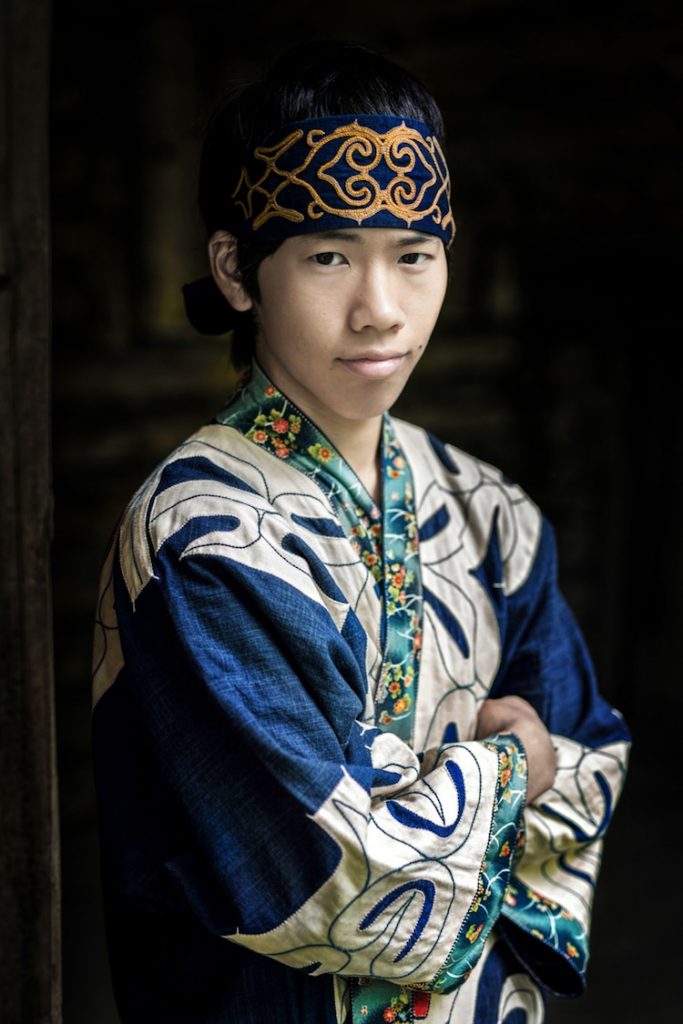 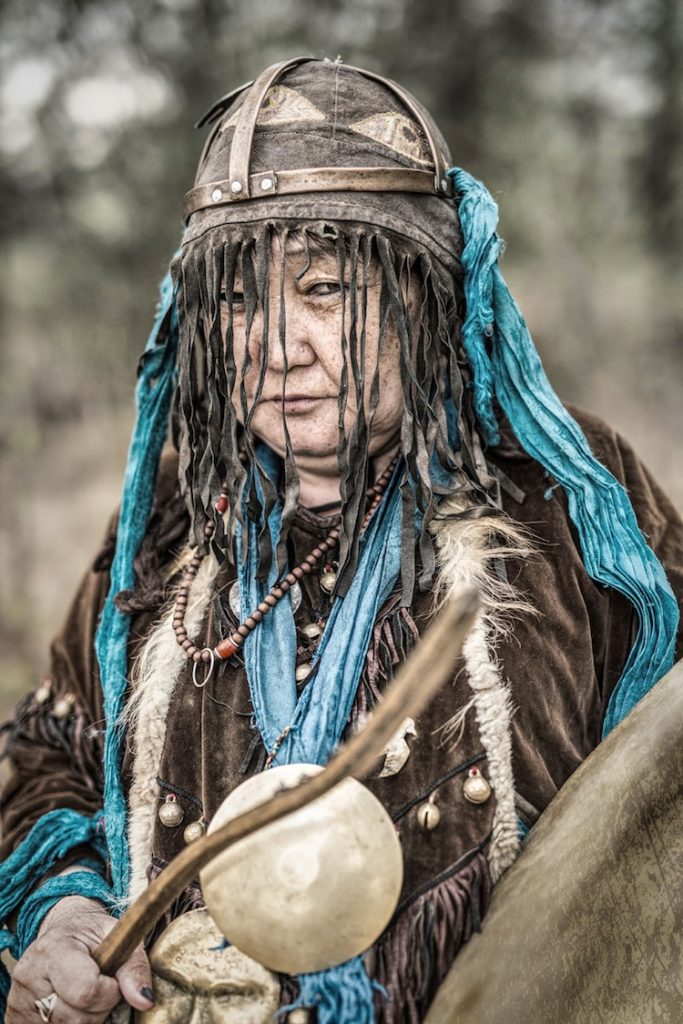 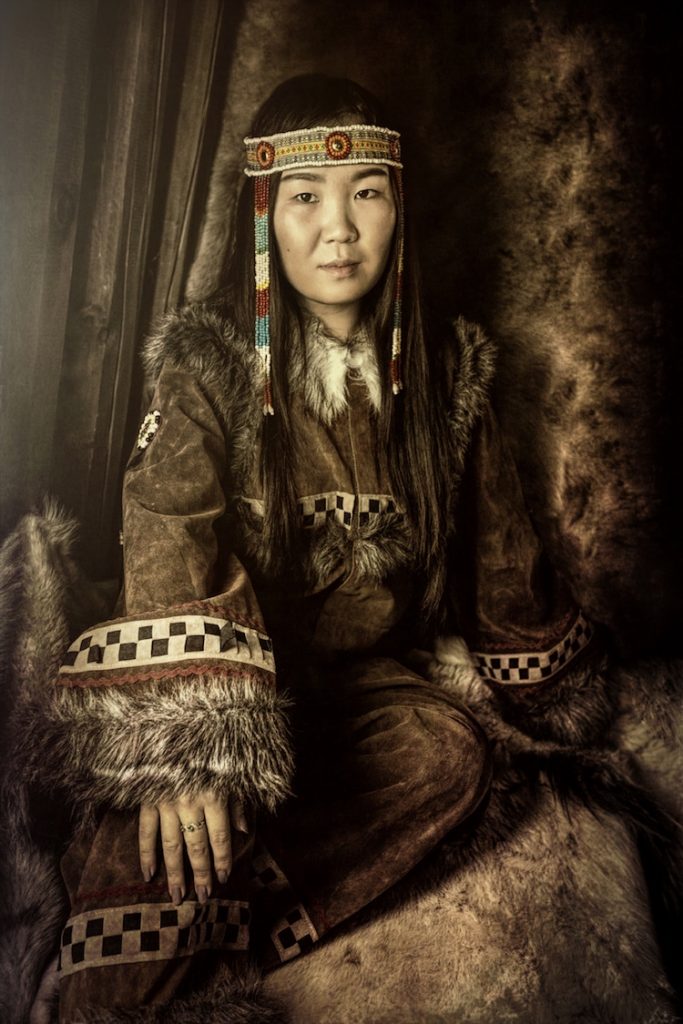 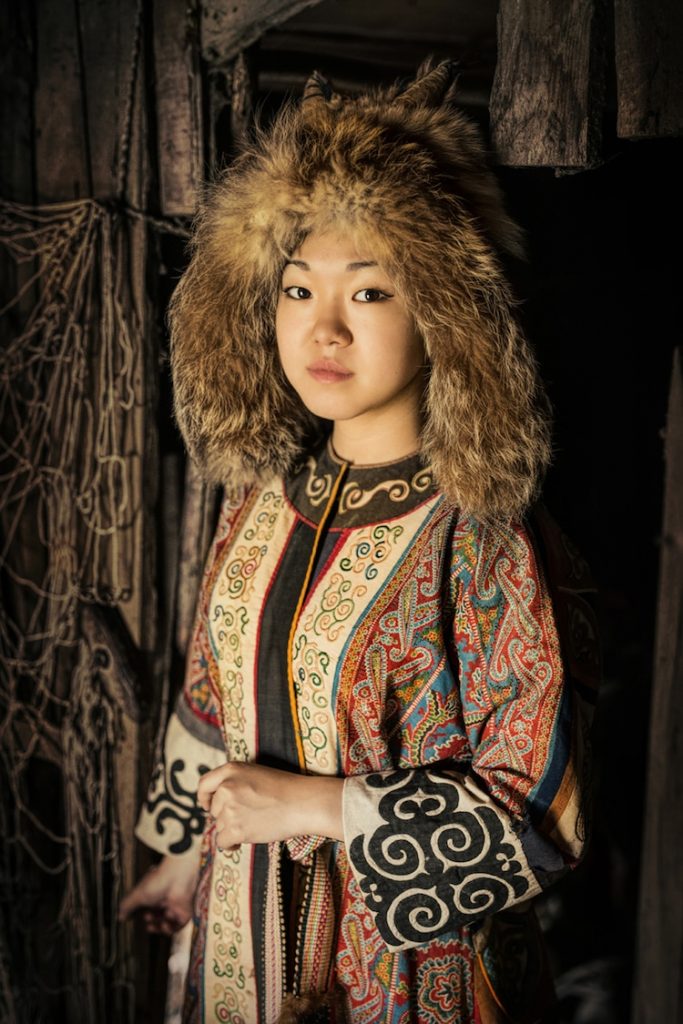 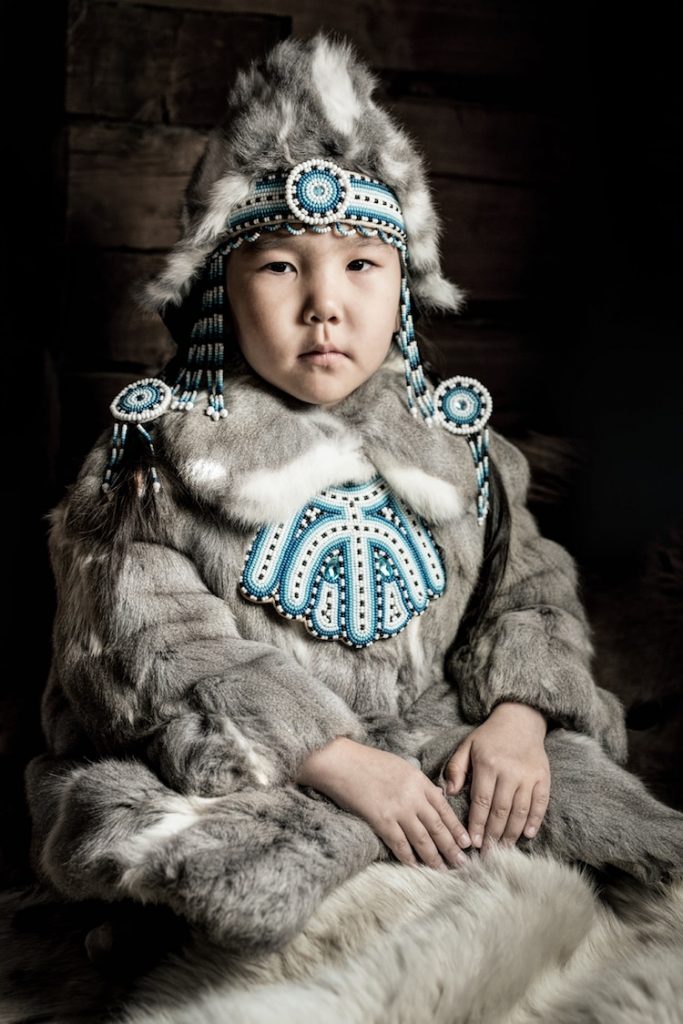 Evenki Little Girl. Sakha Republic. Siberia. This is a Yakutian Evenki little girl from Olenek region—one of the coldest and most remote areas of Yakutia. Evenki people living there among Sakha people, some speak only basic Russian. © Alexander Khimushin / The World In Faces 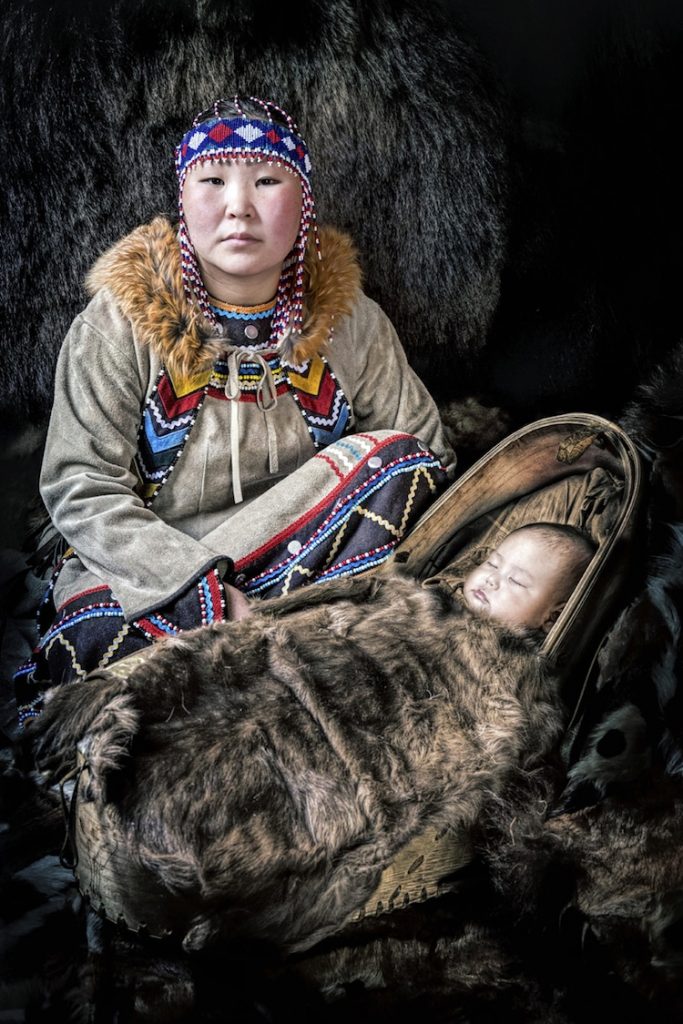 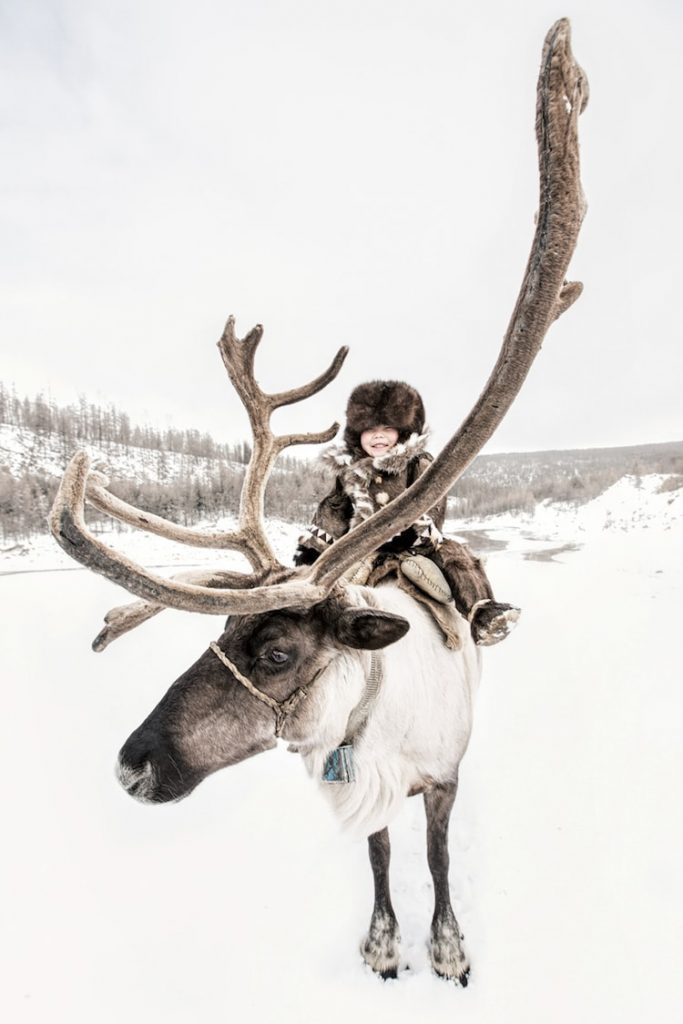 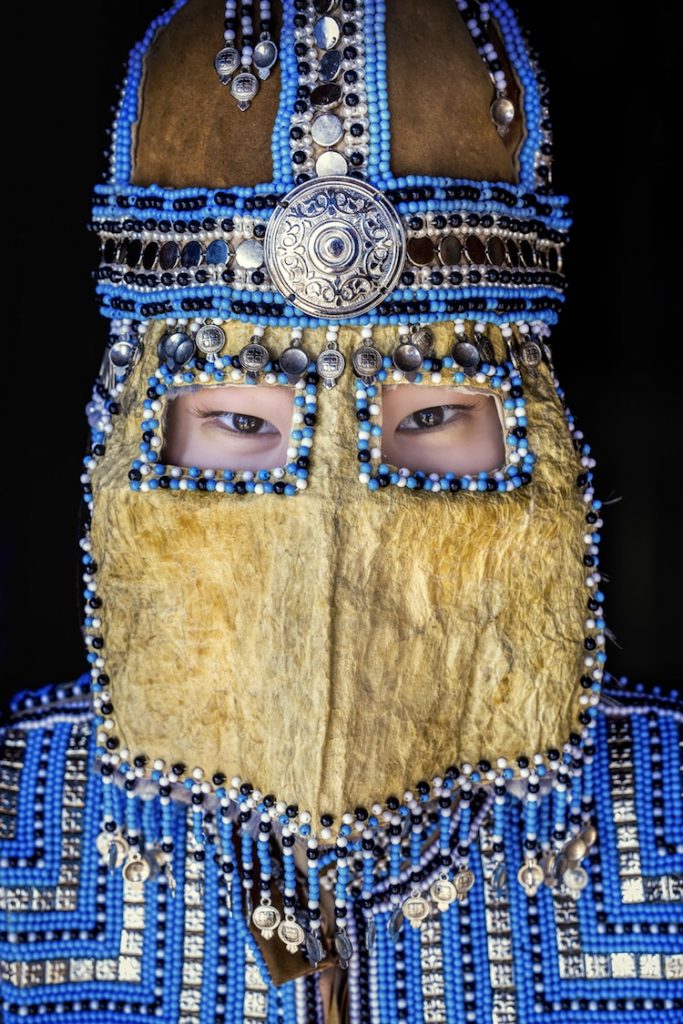 Sakha Girl. Sakha Republic, Siberia. Wearing traditional wedding mask. Sakha people are very proud of their unique culture. They live in the coldest area of the world. The absolute world record of -96 Fahrenheit was recorded in Oymyakon. Every winter, for at least 2 months the temperature is consistently below -40 Fahrenheit. The first snow comes in early October, while the last snowfall this year was in June. © Alexander Khimushin / The World In Faces 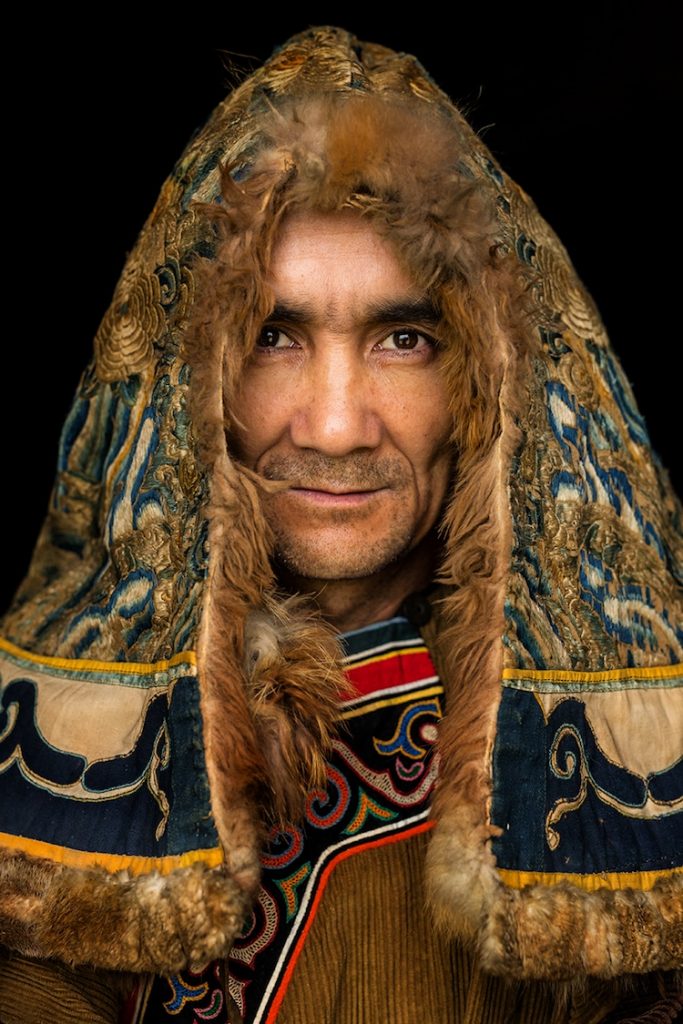 Nivkhi Man. Nilokaevsky District, Khabarovsk Krai, Okhotsk Sea shore, Siberia. The Nivkhi language is not related to any language in the world. It is still unknown how Nivkhi people arrived in the Far East, as linguistically they are not related to any other Tungus-Manchurian people inhabiting Siberia along the Amur River. Part of the Nivkhi live in Sakhalin, others where Amur enters the Okhotsk Sea. There are a small amount of Nivkhi people left. Official statistics do not reflect the real situation. Many ‘official' indigenous people have just some ancestry, sometimes quite remote, from the first nation people, it is just better for them to register as a minority, because of Government support benefits. © Alexander Khimushin / The World In Faces 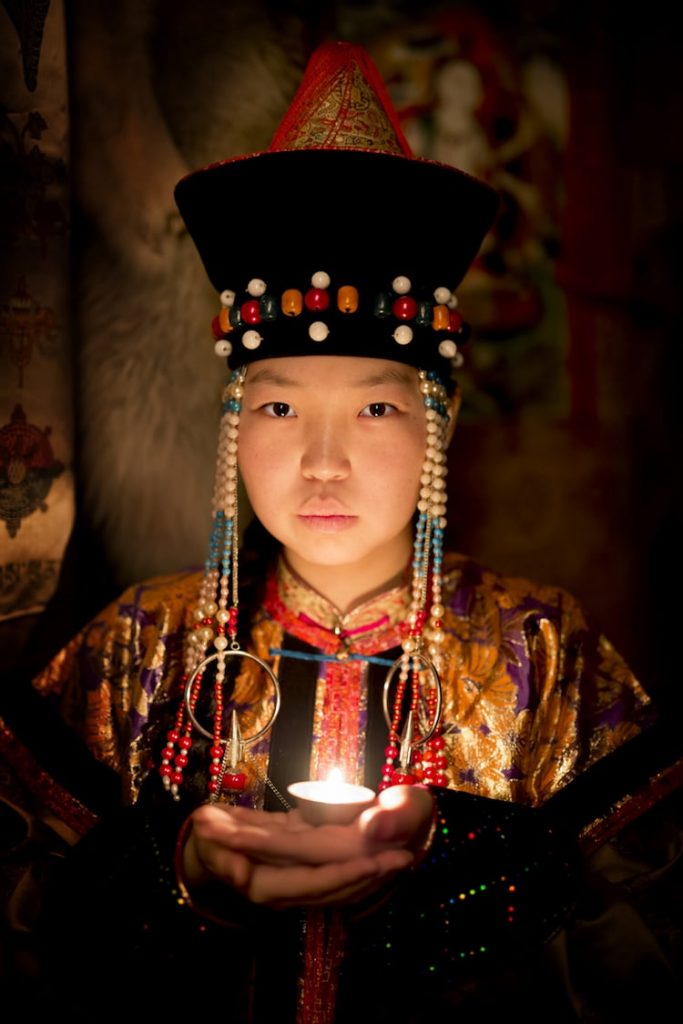 Buryat Girl. Buryatia Republic, Siberia. Buryat people have quite different traditional clothing depending of their clan (rod in Russian). Buryat people are ethnic Mongols with very similar language and traditions. They are pround of their culture and, among very few other regions of Russia, practice Buddhism. © Alexander Khimushin / The World In Faces 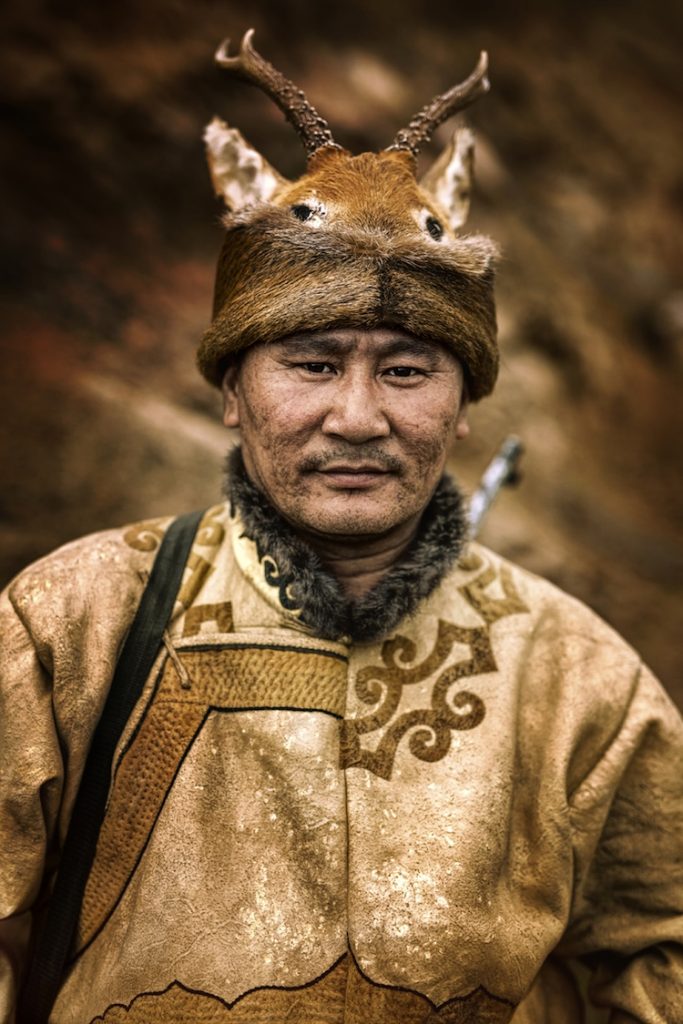 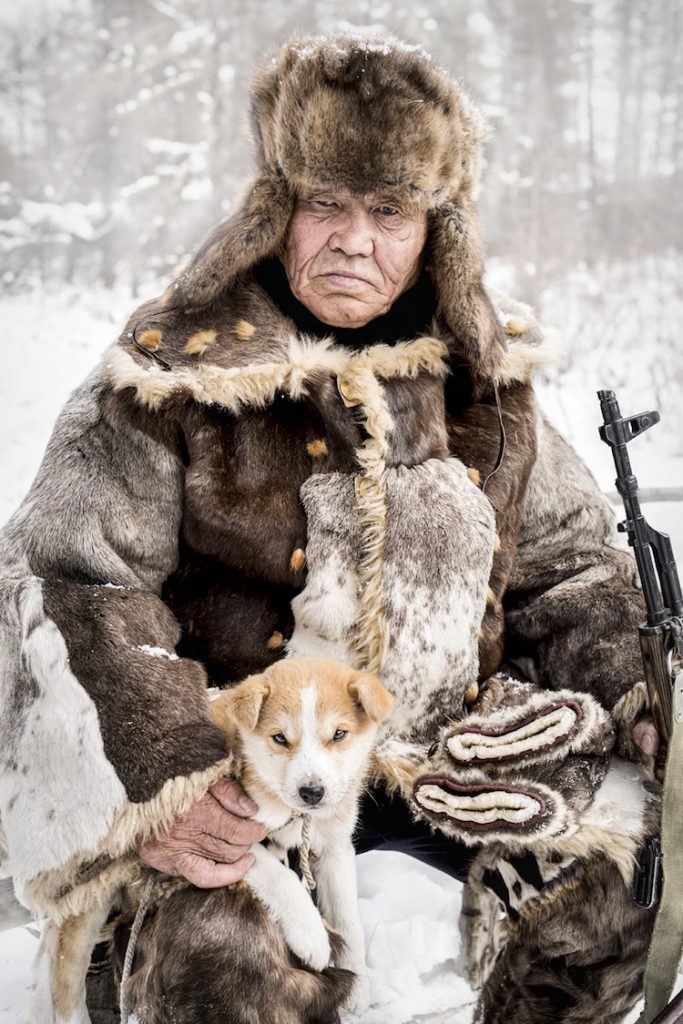 Evenki Elder. South Yakutia/Amur Oblast border, Siberia. Hunter, local elder, ex-reindeer herder, retired 2 years ago, all his life spent as a nomad living in a tent looking after his numerous reindeer. He says it is very hard to settle and live in the house in the village, because it is too hectic a life and there is ‘pollution' in the village. © Alexander Khimushin / The World In Faces 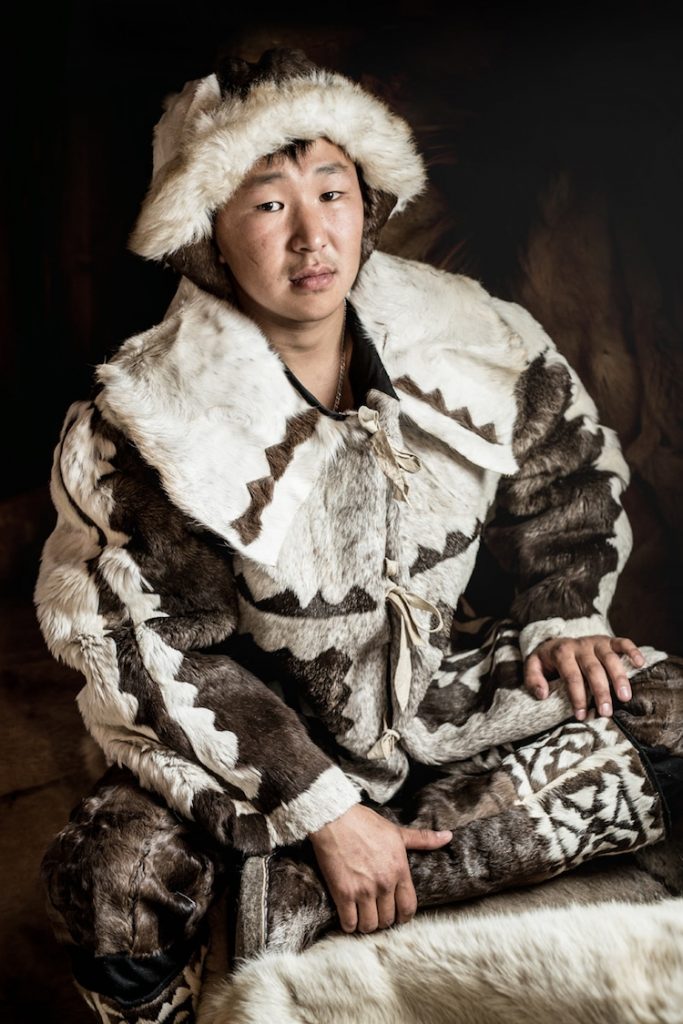 Even Young Man. Eveno-Bytantaysky District, Yakutia. Siberia. Even is not the same as Evenki! They live in one of the most remote and cold regions of Yakutia. © Alexander Khimushin / The World In Faces 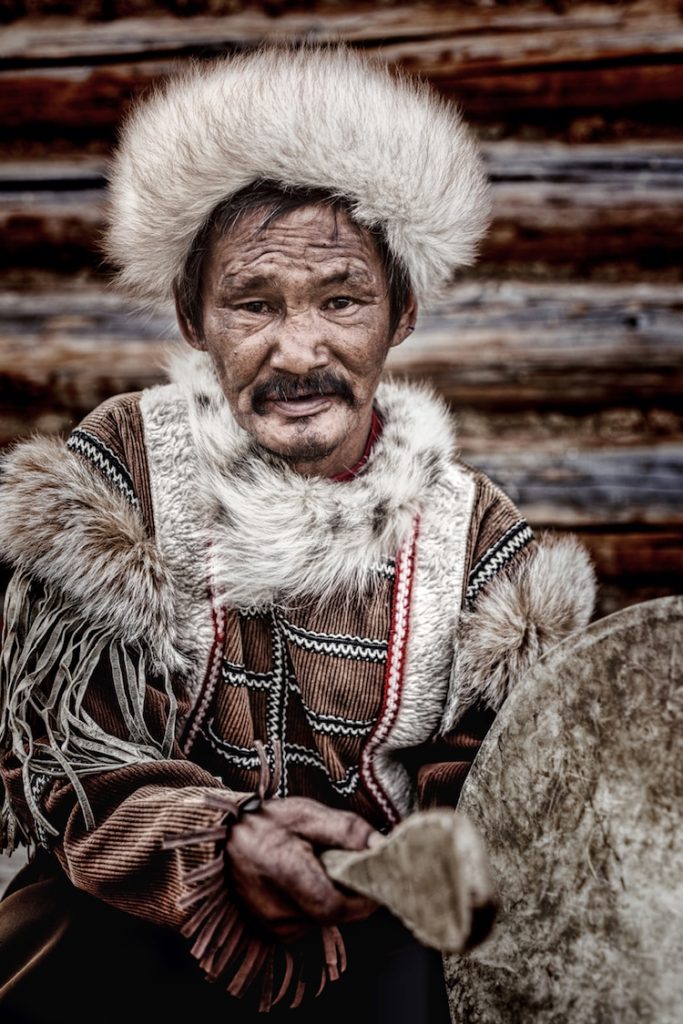 Tofalar Man. Sayan Mountains, Irkutsk Oblast. Siberia. Very rare people, living isolated in the Syan Mountains. One can only get to them by helicopter, there is no road, only wintertime. They live in 3 villages with no road connecting them. © Alexander Khimushin / The World In Faces 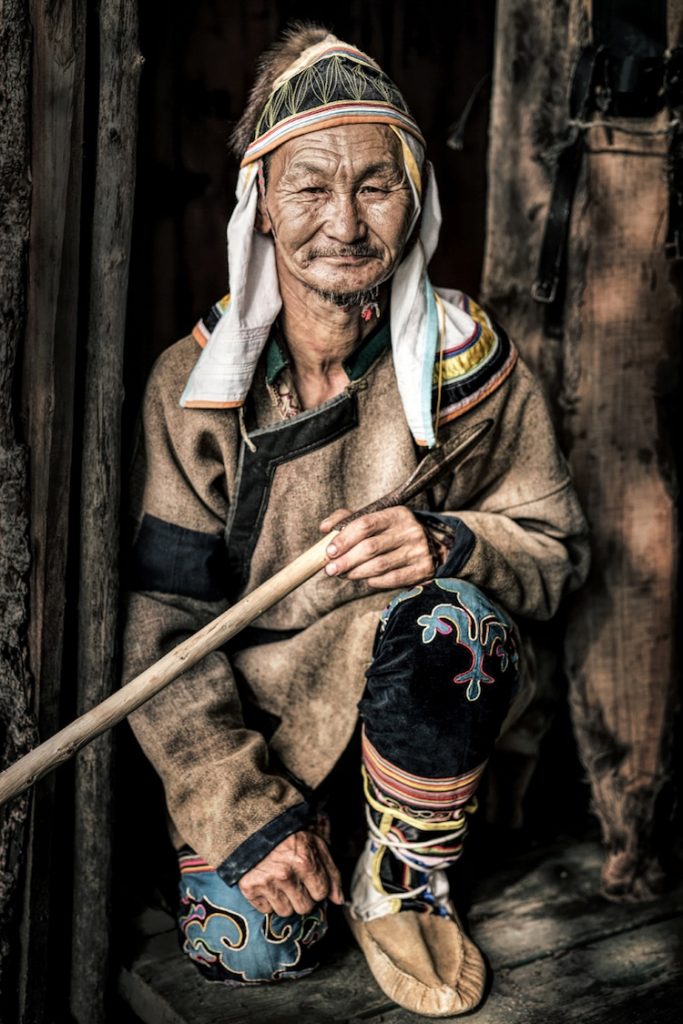 Udege Man. Primorsky Krai, Far East, Siberia. Very rare people, living in dense taiga, along the Bikin river—Russian Amazon. Ussuri tigers live in the bush and are often visitors to their village, sometimes killing dogs in their backyards. Until now, most of the Udege peope collect and sell ginseng root for a living, as well as honey. Udege primarily live in two villages that are hundred of miles from each other. © Alexander Khimushin / The World In Faces 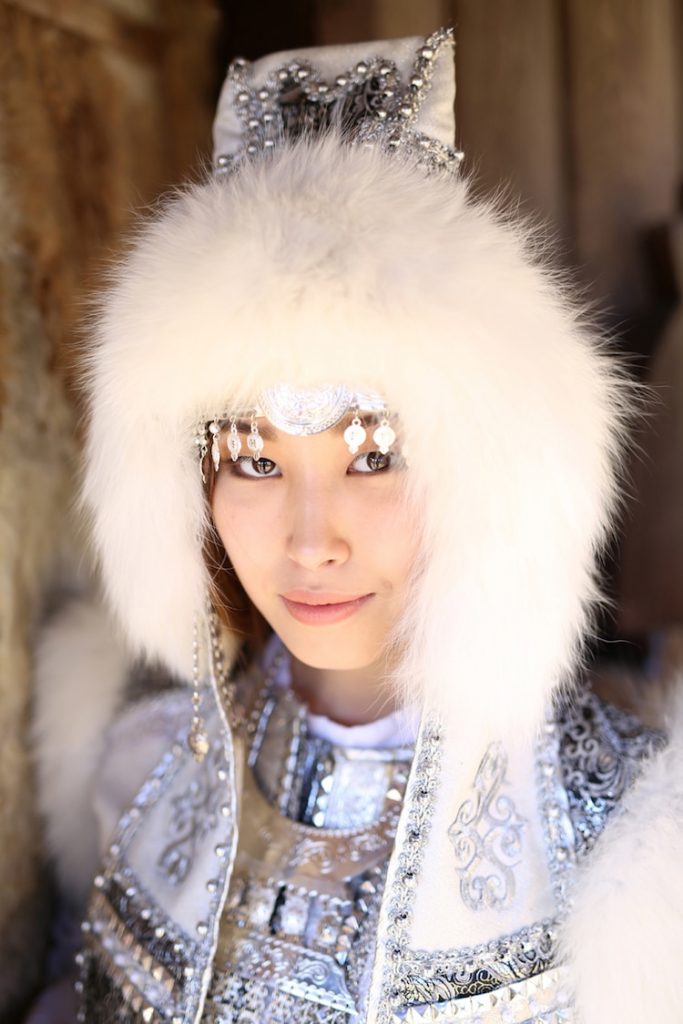 Sakha Girl. Sakha Republic, Siberia. Sakha people are unique, they speak a language that belongs to Turkic group, yet they are Shamanists, not Muslims. Their culture is related to horses, while Evenki people to reindeer. © Alexander Khimushin / The World In Faces 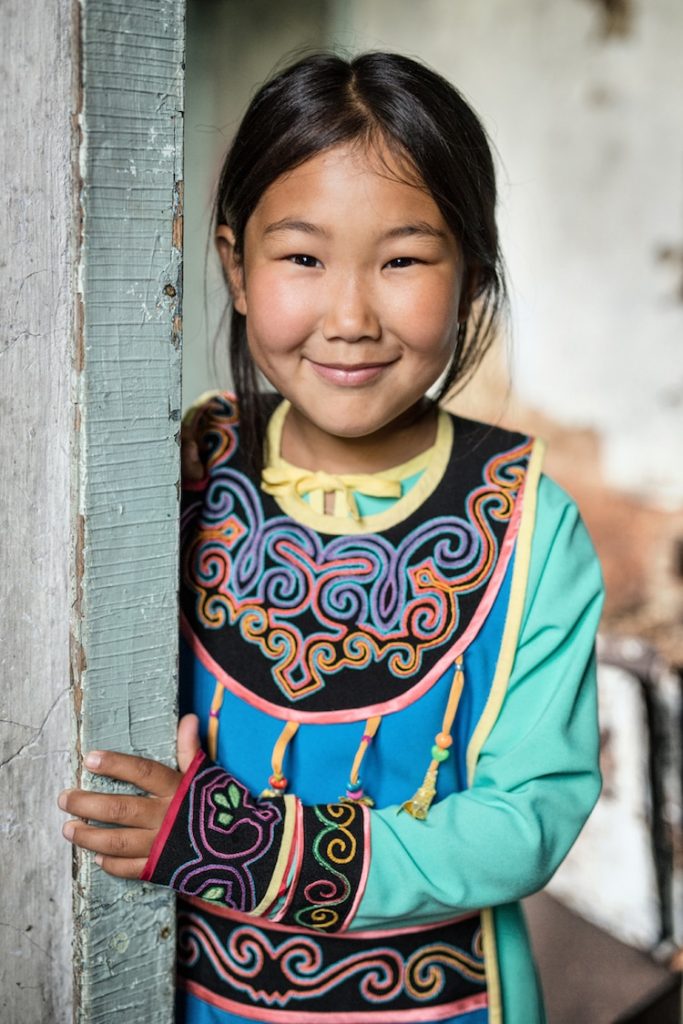 Uilta Little Girl. North of Sakhalin Island. Siberia. Oroki (old name). They live in two locations of Sakhalin Island, a large island close to Japan. One village of Uilta people is in the northernmost part of the island. I visited both locations. Some elderly Uilta people were born at the time when Sakhalin was part of Japan, and have Japanese names and surnames. Uilta people have almost disappeared. © Alexander Khimushin / The World In Faces 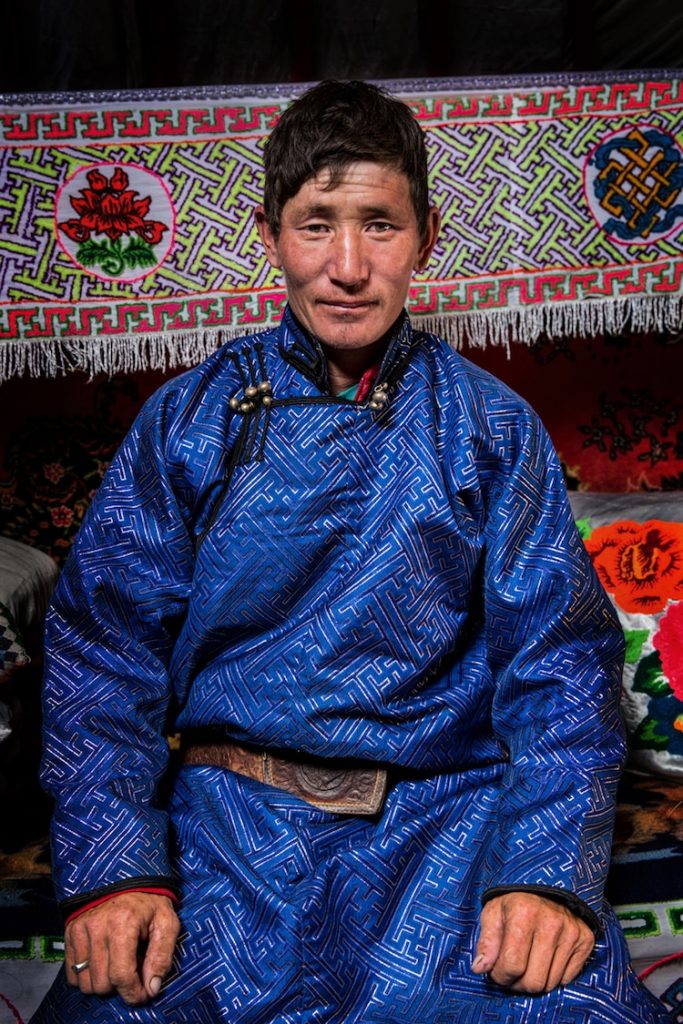 Tuvan Mongolian Man. Altai region. North-West Mongolia. While there are a lot of Tuvans living in the Tyva Republic of Russia, across the border from Mongolia, there is a small number of so-called Mongolian Tuvans, living in Mongolia. This man is one of them. His family lives in a yurt and raise and milk yaks of the remote grassy highlands next to a glacier in Mongolian, part of the Altai Mountains. © Alexander Khimushin / The World In Faces 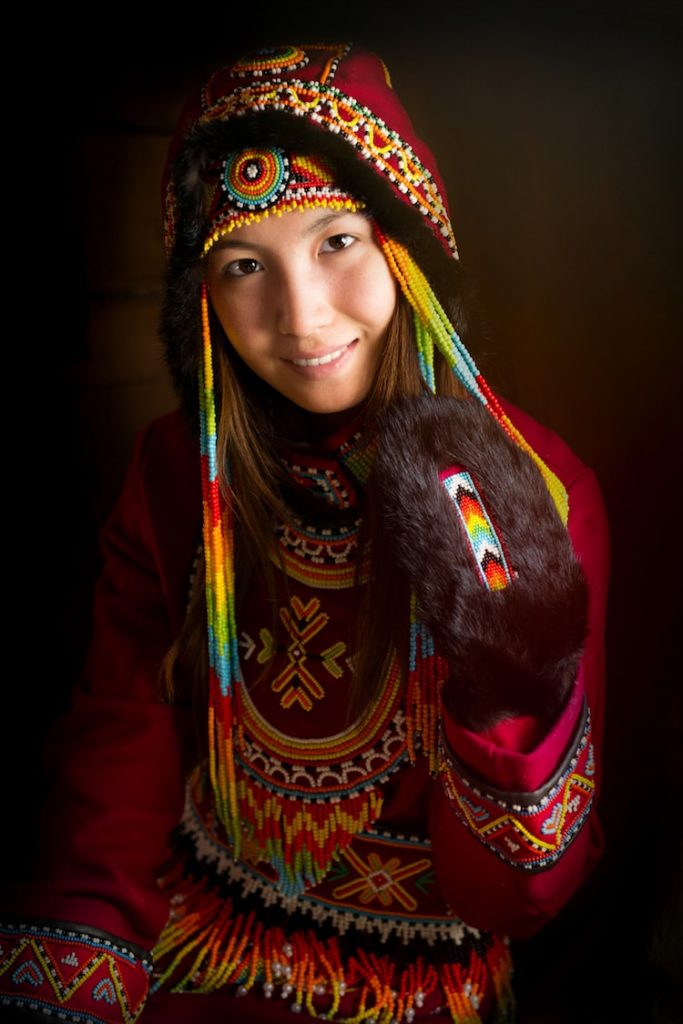 Dolgan Girl. Sakha Republic. Siberia. Rare people. Dolgans are the Northernmost Turkic speaking ethnic minority group in the world. A small number live in the very remote area of Northeast Yakutia, and other in the north of Krasnoyaksky Krai, on Taimyrpeninsulaa. There is no one single common theory of how the Dolgan minority group was formed. © Alexander Khimushin / The World In Faces 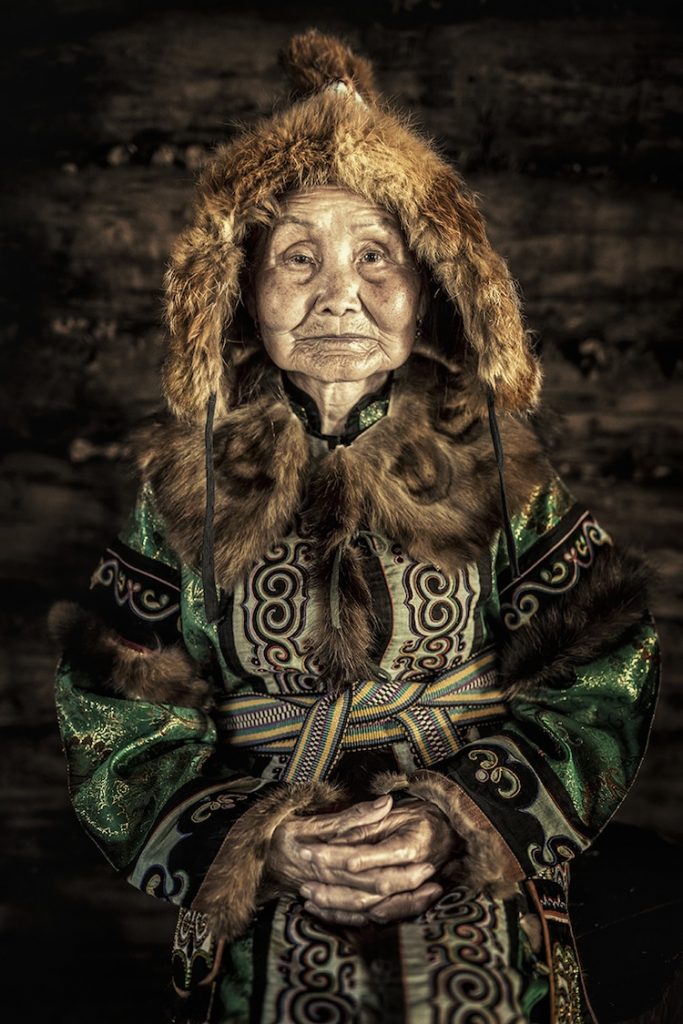 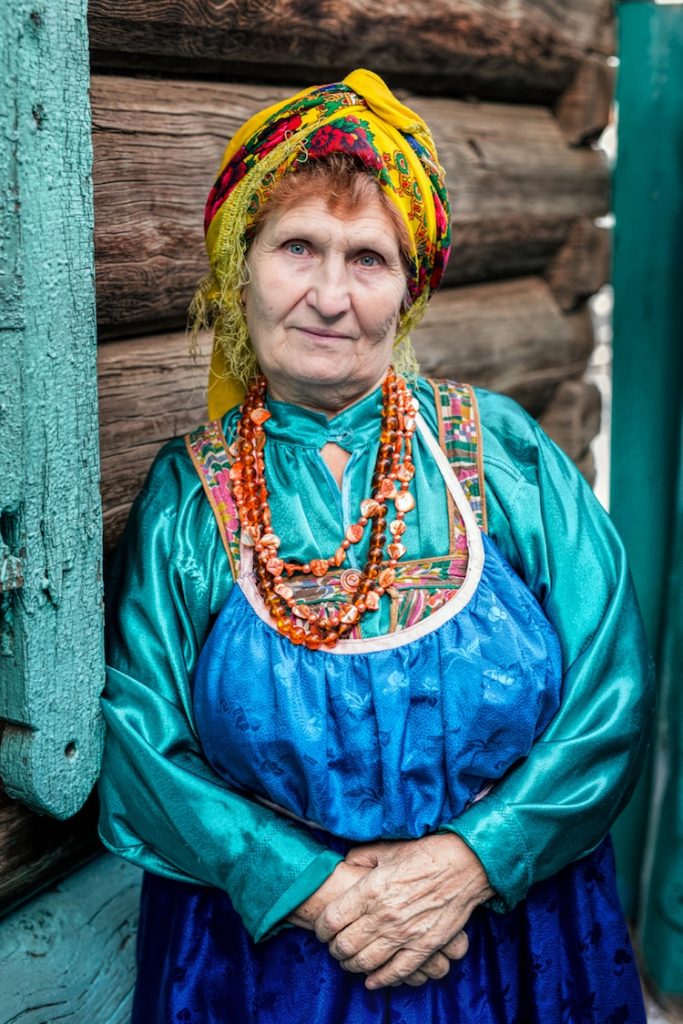 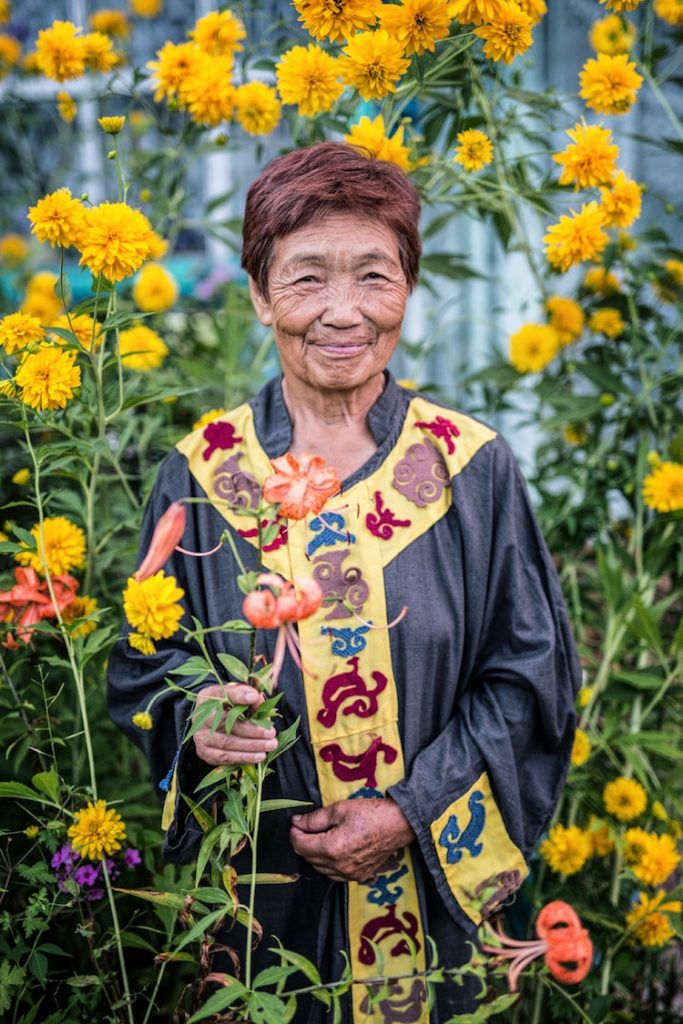 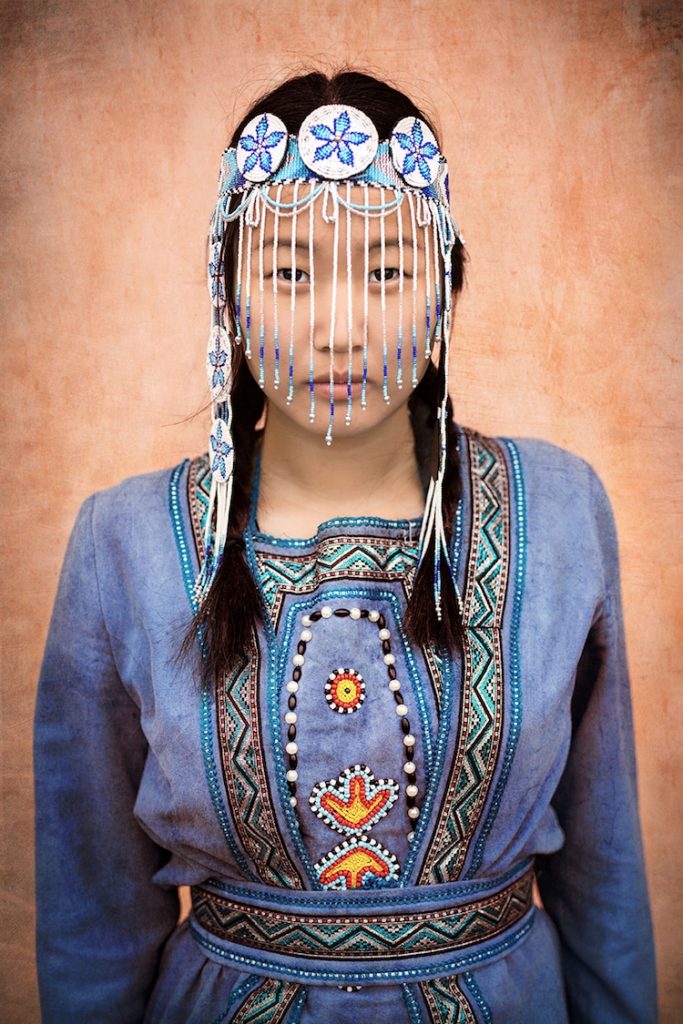 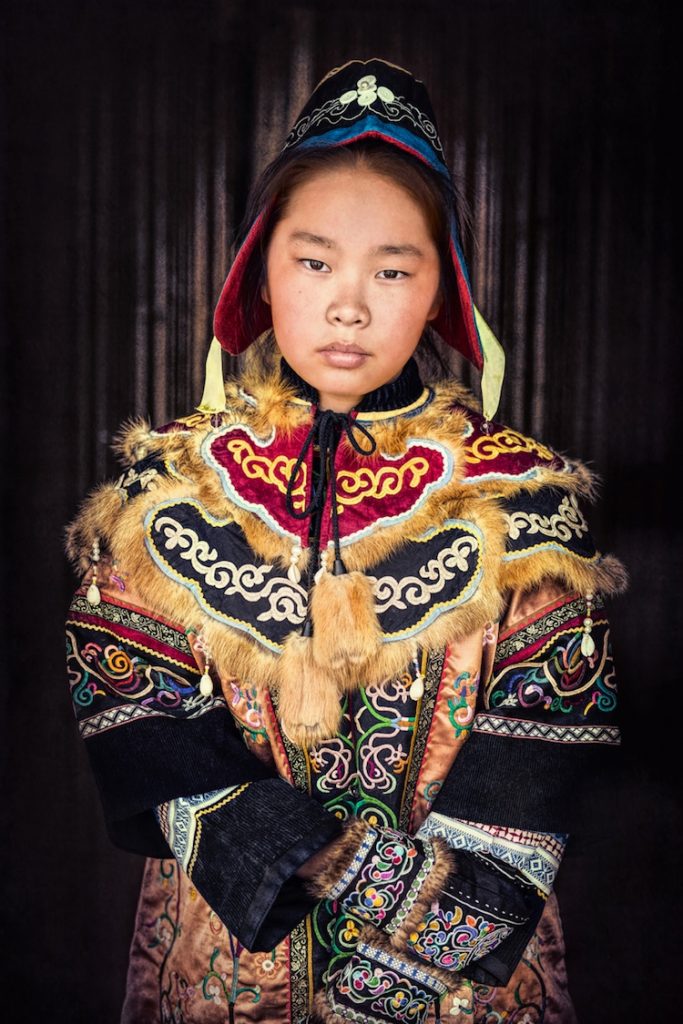