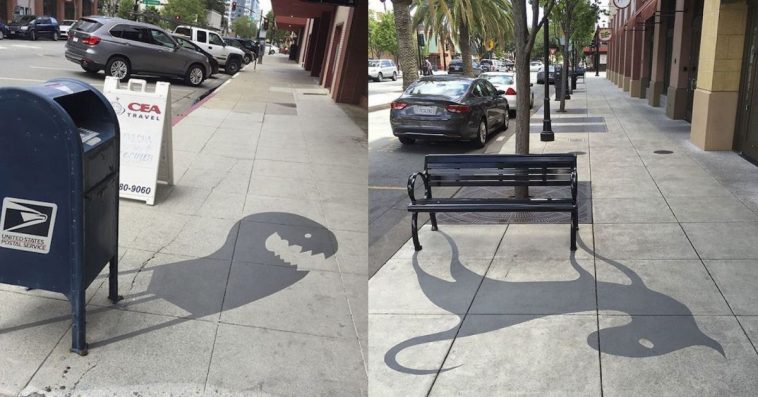 A creative mind can create the most unusual art in very uncommon ways one can imagine. The inspiration and the artistic creativity can pop out of places where you least suspect it. This article is about such an artist who creates unusual art that looks realistic.

This awesome California based artist is Damon Belanger. Working as an artist on the streets, he has quite a set of famous street art that is up on public display. Since graffiti and street are is considered an act of vandalism, Damon has been granted permission by downtown Redwood City to redecorate public spaces with 20 of his creative art.

HIs set of art, more specifically “Shadow art” is put up on the streets with technical and artistic precision. This is a set of art that Damon has put up on the Californian side walks. They have illustrated forms of shadows that he has extended from real life things that are on the street. It can be a mailbox, bicycle racks, or even a bench. Damon would create an illustration of its shadow, taking the form of something else or coming to life.

He managed to come up with his illustrations in a realistic manner so that when they are put up on the street, it is difficult to recognize this apart from a real shadow. To do this, he should observe and create a basic sketch of how the shadow would fall originally. Then he would illustrate the original shadow then and share it before painting it with a dark grey shade of paint, which looks like a shadow.

This set of creations are being loved by almost everyone who walks by. No one cares much about a simple shadow. But if that shadow is alive, almost everybody will gather around. It is quite good to have your heart skip a beat every now and then as you walk your day-to-day life on the street.

We have collected some awesome pictures of this amazing art for you. Scroll down to check them out and let us know what you think about these creations in the comments sections below. 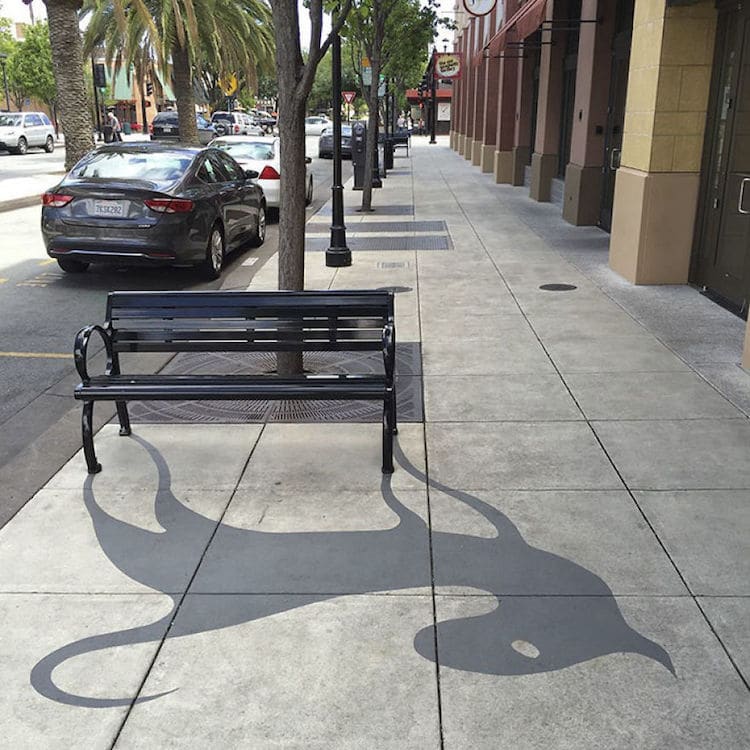 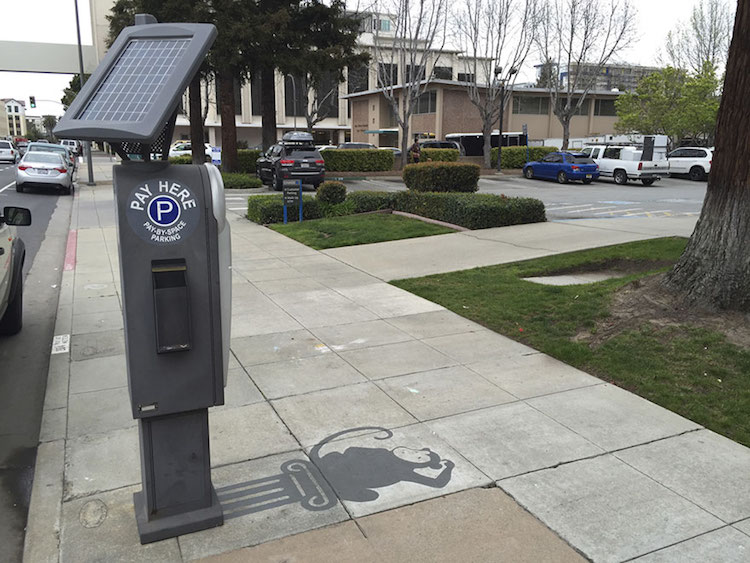 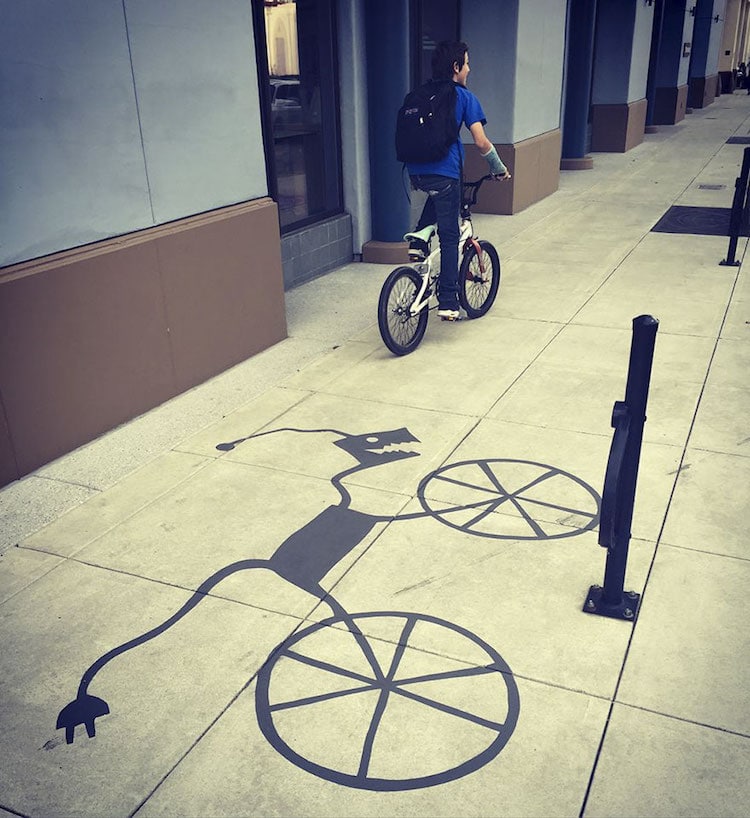 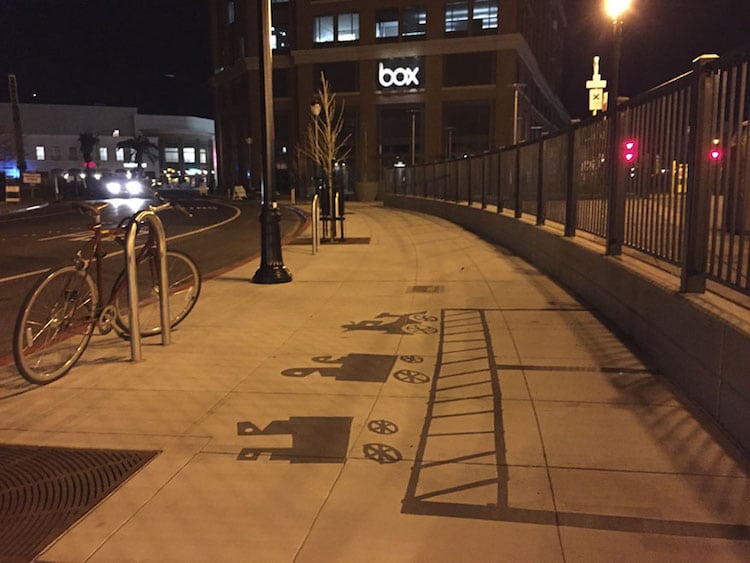 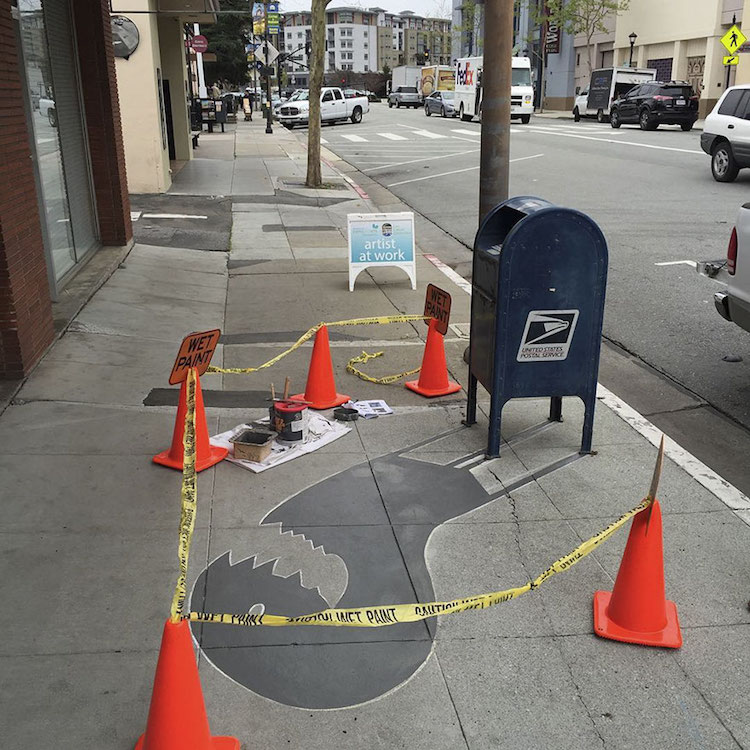 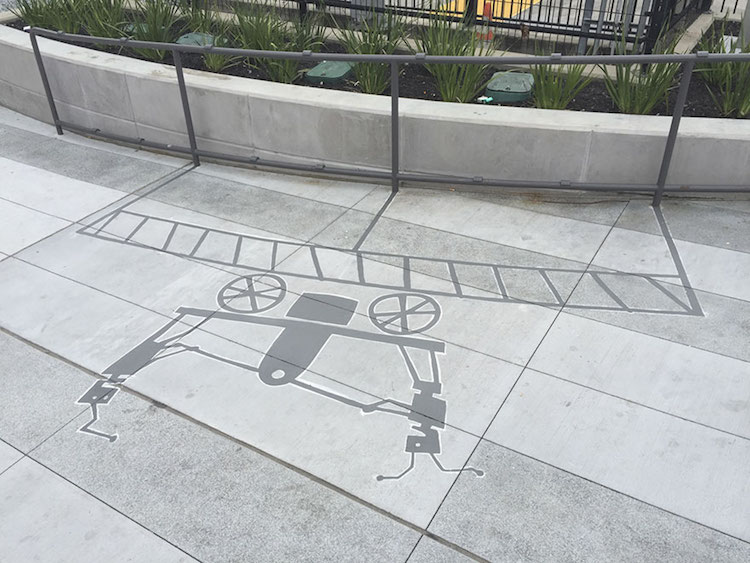 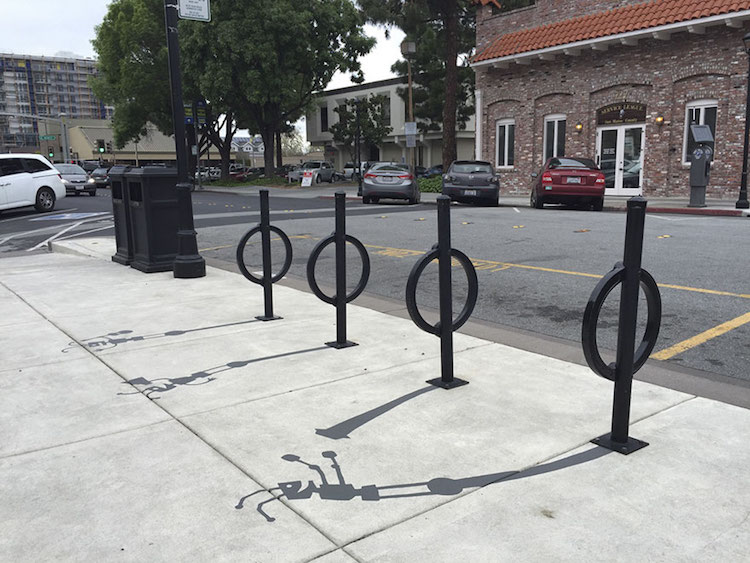